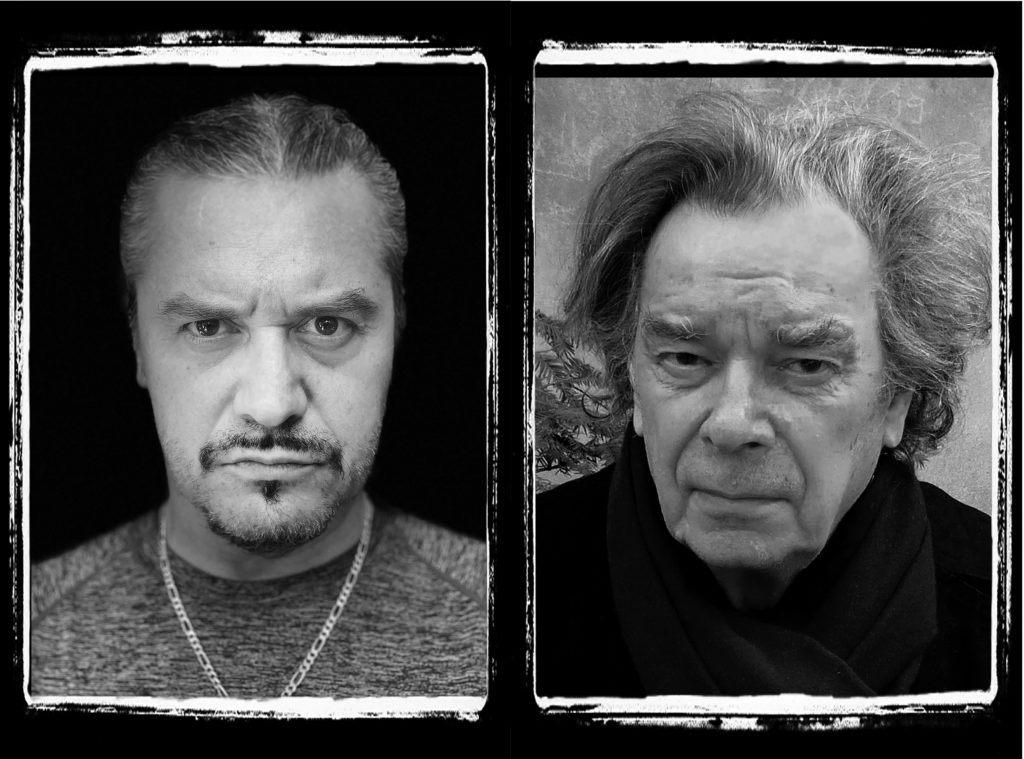 Mike Patton (Faith No More, Mondo Cane) and renowned French composer Jean-Claude Vannier, who is perhaps best known for his work with Serge Gainsbourg, have announced the release of Corpse Flower, a 12-song album featuring the first single, ‘On Top Of The World’.

Listen to ‘On Top Of The World’ here

“Jean-Claude and I met while working together on a Gainsbourg retrospective at the Hollywood Bowl in 2011,” explains Patton. “We bonded immediately. I could see he had a dedication and attention to detail that was relentless so the respect I had for him in my mind was magnified in person. We spoke loosely about working together in the future… and it took some time, but after a few years I contacted him and we began to ignite some sparks.”

“I would send Mike rough versions of the songs to get his thoughts, then I’d wait impatiently, staring at the clock, until I received his response,” offers Vannier about the process the duo used to create Corpse Flower. “He made my music awaken with his unique perspective and interpretations of my songs. A formidable vocalist, with a sense of humour, Mike and I created a strong, beautiful and sincere collection of music, as well as a friendship.”

Corpse Flower is available now for pre-orders, including special embossed versions featuring Kenro Izu’s stunning cover photo. The album will be available on180gram coloured vinyl, as well as a CD digipak and digitally.

Mike Patton’s resume is virtually limitless, having kicked off his musical career as a teenager in the band Mr. Bungle, joining Faith No More in 1989 and going on to create a smorgasbord of bands and solo releases including Fantômas, Tomahawk, Mondo Cane, Dead Cross, Lovage and Peeping Tom. Jean-Claude Vannier, born in Paris during World War II, The Guardian dubbed him “the sound sculptor in Serge Gainsbourg’s shadow,” referencing his extensive work with the French musician including Histoire de Melody Nelson. His career has spanned nine solo records, countless contributions to film and TV scores, and his influence has been cited by numerous musicians including Beck, Pulse, Portishead, Massive Attack, Air and Tricky.