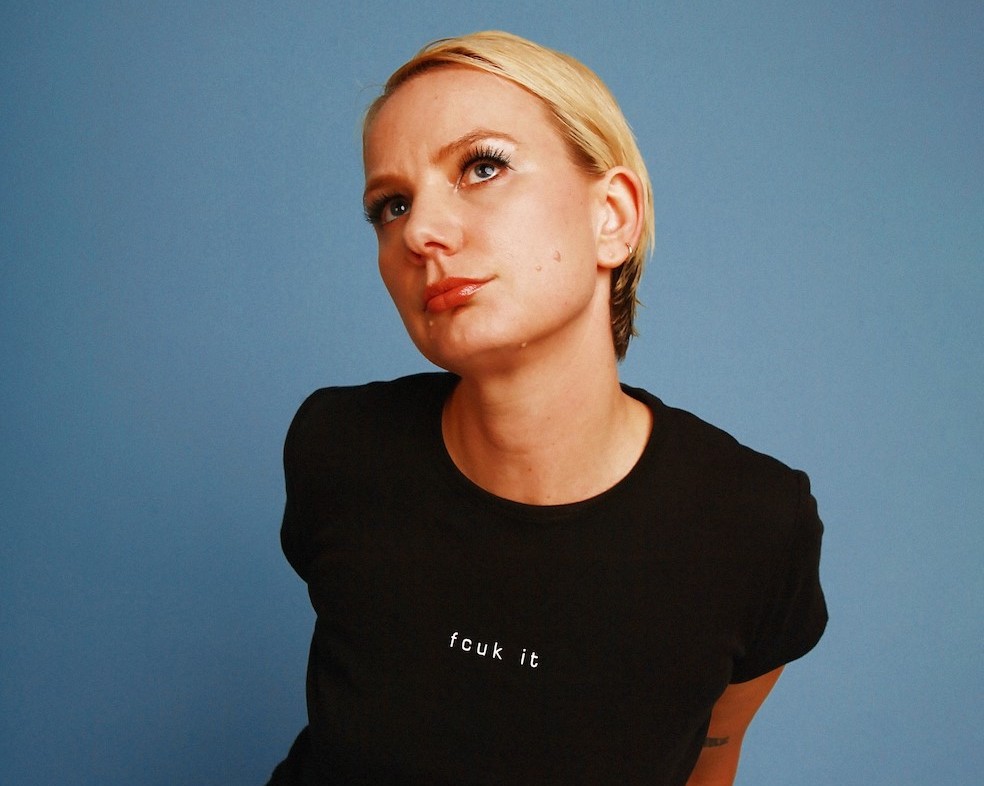 ENOLA – the moniker for Naarm/Melbourne-based post-punk solo artist Ruby Marshall (they/them) –today returns with ‘Metal Body’, a powerful new single that vents resentments and disappointment aboutfailing healthcare systems. ‘Metal Body’ is out now through Our Golden Friend and Fire Talk (US),listen HERE.Opening with sparing guitar and bass over a fuzzy soundscape, almost mirroring the false sense of safetythat failing systems often perpetuate, ‘Metal Body’ is an intensely personal song that highlights thesongwriting power from the rising multi-instrumentalist, producer and songwriter. ENOLA shares of thetrack, “‘Metal Body’ explores our failing healthcare systems and entities, my own experiences inwitnessing loved ones fall victim to these failures, and in turn feeling my own frustration of bearing witnessto such.”The pain of these frustrations can be heard on ‘Metal Body’, as the song contorts through dense walls ofsound and paired back verses that command just as much attention. It was a visible highlight from theirshowcases at Bigsound and recent headline shows in Naarm/Melbourne and Eora/Sydney – ‘MetalBody’ was the moment in each set where you’d see an entire audience fixated, intently nodding theirheads in unison. ENOLA shares, “Sonically I leant into 90’s grunge and shoegaze as influences for thistrack, Sonic Youth, My Bloody Valentine & Pixies to name a few.”

Taking cues from the no-wave sounds of Joy Division and the post-punk of IDLES and Fontaines DCunderpinned by a background in electronic music production, ENOLA infuses hard hitting tracks with astinging vulnerability, applying the salve to the self-inflicted wound. Making music is where ENOLA canexpose emotions to be served by them, not destroyed; where they can explore the dualities they inhabitand continue to find their voice. “Whatever it is, I want to do it honestly. I don’t want to hide. You can’tconnect when you’re not willing to be ugly and sweaty, I try to let go of any of that,” they share.

Live, ENOLA is an enigmatic and captivating performer, holding their audiences close. They have performed alongside some of the so-called-Australia’s most groundbreaking artists this year including RVG, Rolling Blackouts Coastal Fever and Divide and Dissolve, powerful showcases and performances at Bigsound and the ‘Strange Comfort’ single launches. Since Bigsound,

ENOLA has signed with Collective Artists (Aus) and ATC Live (UK) for bookings, and US-singles labelFire Talk for the release of ‘Metal Body’. Their debut album will be out in 2023.