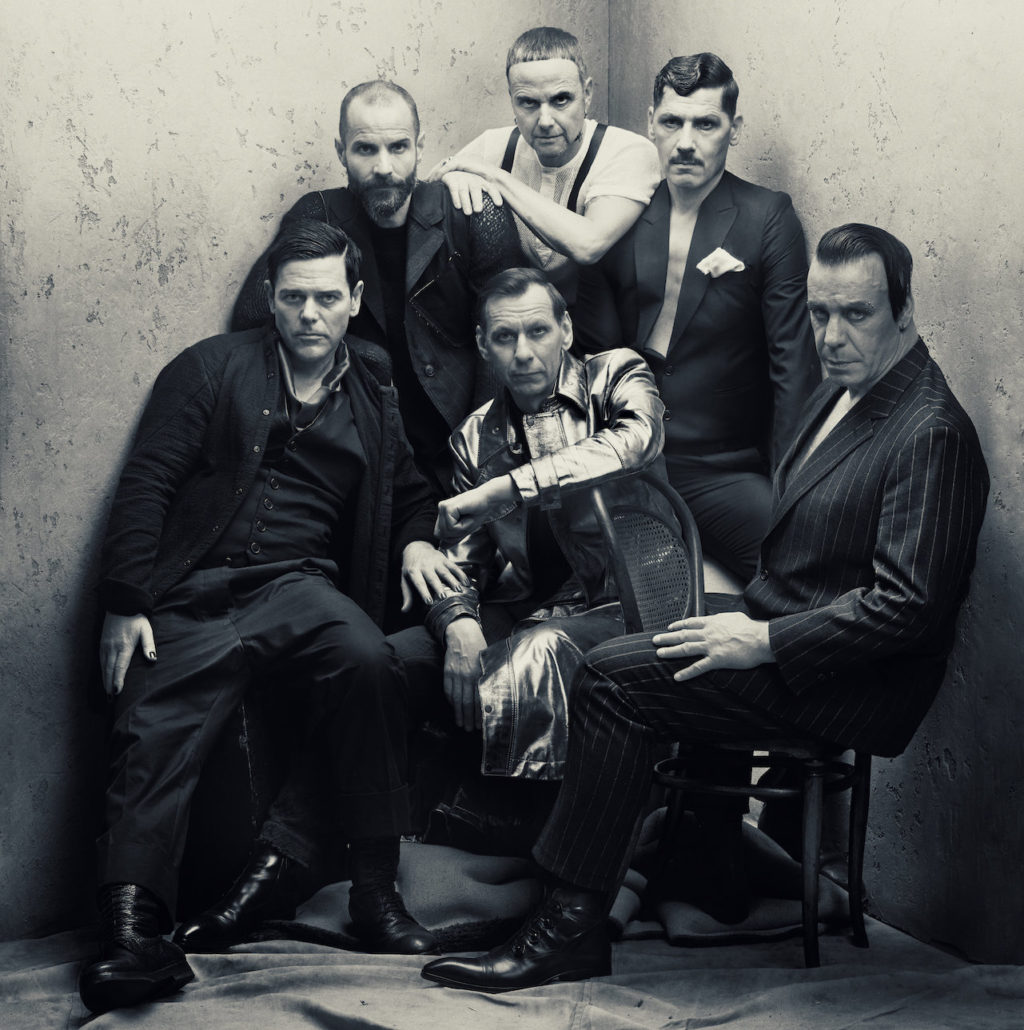 The bands first single, Deustchland was released on March 29 and the video has been played an incredible 42 million times with combined streams closing in on 100 million! The epic video is over 9 minutes long and visualises many era’s of Germany’s long and storied history.
Watch it again here

Radio & Deutschland are the first new music to be released from the band since their 2009 album Liebe Ist Für Alle Da.

Produced by Olsen Involtini with Rammstein, the bands new album is
available for pre-order now!

10 THINGS YOU NEED TO KNOW ABOUT RAMMSTEIN
1. RAMMSTEIN are releasing their first studio-album in 10 years
2. The band has sold more than 20 million records in their artist career
3. They achieved more success in the US than any other German band
4. RAMMSTEIN is infamously known for its extraordinary live concerts
5. In 2019 they will play a huge 30-date stadium tour in18 countries
6. Within the first hours, RAMMSTEIN has sold more than a million tickets
7. RAMMSTEIN has more than 1.6 billion views for their YouTube videos
8. They are known for its provocative, shocking & hilarious video pieces
9.The band has 8 million fans on Facebook, their fans are highly engaged
10. RAMMSTEIN’s songs have been streamed more than 2.5 billion times

Spread the loveExperimental Sydney-based duo Plastic Face have today announced their dark, mysterious new single BACK2TOKYO, an exploration of how...