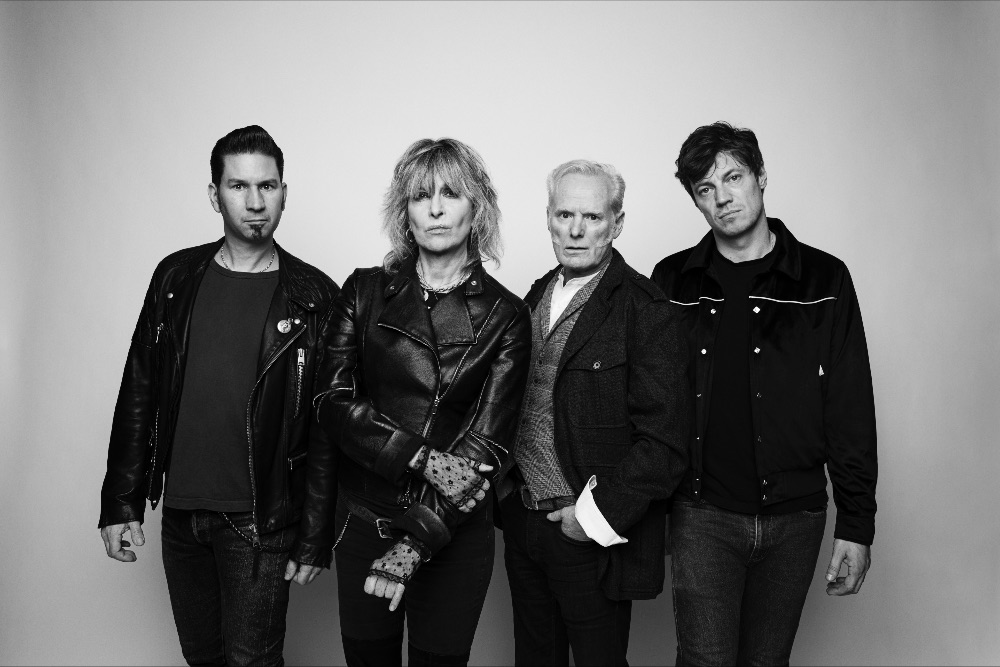 “If it aint broke, don’t fix it” – Chrissie Hynde
“Wow, I just listened to your record – old school, I loved it! Songs short and sweet and some rock n roll at its finest” – John McEnroe to Chrissie Hynde

The Pretenders have revealed their brand-new track Turf Accountant Daddy.

Featuring a rich, powerful vocal performance from Chrissie Hynde and trademark driving guitars, the song is taken from the band’s upcoming new album Hate For Sale, released on 17th July via BMG.

Last week the band released a video for their recent single and the album’s title track, Hate For Sale, which was A-listed at BBC Radio 2. The video was made entirely during lockdown and was produced and directed by longtime collaborator John Minton, who has also worked with the likes of Noel Gallagher, Portishead and Savages previously.

Produced by the revered Stephen Street (The Smiths, Blur) Hate For Sale is The Pretenders’ eleventh studio album and the first to be written collaboratively by Chrissie Hynde and electrifyingly dynamic guitarist James Walbourne.

Speaking about writing with James for the first time, Chrissie added: “I wanted to write with him since day one. James is especially sought after and has recorded with Jerry Lee Lewis, Dave Gahan, and The Rails, to name but a few. We always planned on writing while on the road, but as anyone in a band will tell you, being on tour is a procrastinator’s dream come true”.

The Pretenders most recent album, 2016’s Alone was a critical success and a welcome return for the line-up, coming eight years after 2008’s Break Up The Concrete.

The band supported Fleetwood Mac on their UK stadium tour in June 2019, which included two shows at Wembley Stadium.

The Pretenders new album Hate For Sale is released on July 17 via BMG and is available on CD and heavyweight 12 inch vinyl formats.