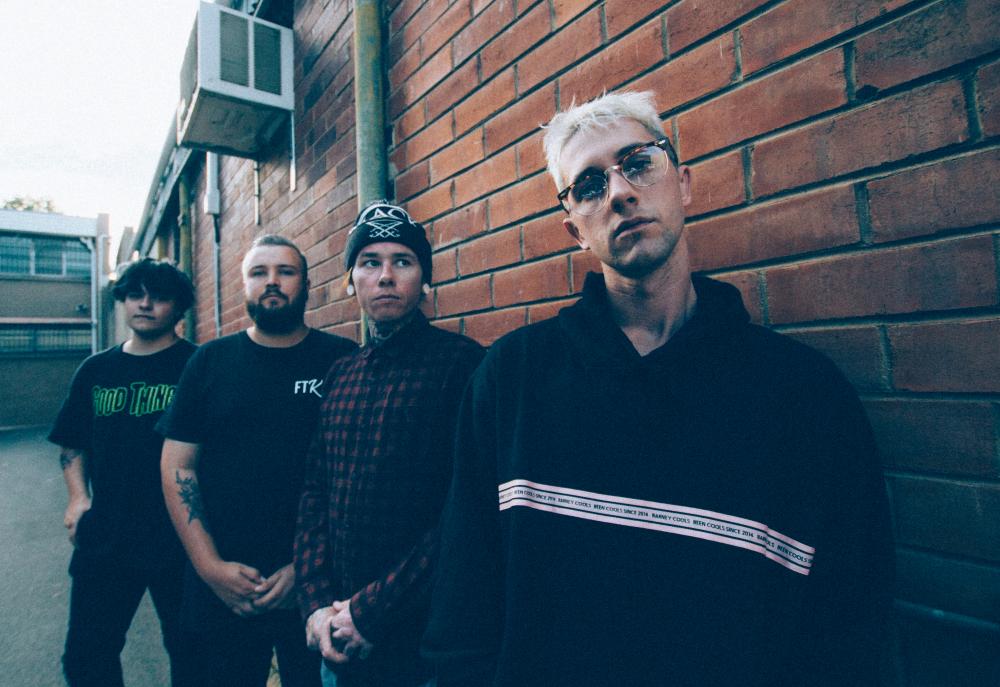 Melbourne based rock/metal group Rumours has dropped their first musical offering, “Paralysed”, since their debut EP ‘Lost Together’ in 2017. “Paralysed” was mixed and mastered by Chris Lalic from Windwaker and sets the bar high for future releases.The new single touches on the topic of toxic relationships and feeling bound to a situation that isn’t healthy but being unable to break away from it to protect those involved. Vocalist Jackson Bentley took inspiration from his own experiences…”I’ve been in this place many times and the best way to describe it is as a paralysed relationship. It neither moves forwards or backwards and you become numb in the stagnant environment.” Bentley made a decision to overcome this and “Paralysed” puts those thoughts in to words… “I wrote the song as I had just decided at a point in my life that I would no longer surround myself with poisonous people and I had to start making decisions on cutting those people out of my life for the better. So to all the people that this song is about…I don’t miss you.”The track comes accompanied by a music video produced by Heidrich Films and demonstrates Rumours as four apathetic patients performing their new single to a near empty seated theatre while a fellow crazed patient wreaks havoc behind the scenes. The trouble maker goes about maiming band members and setting off pyrotechnics, leading to an epic finale that breathes life on to the stage and clears the theatre of their small, bored, mismatched audience.Rumours is Jackson Bentley (Vocals) Harry Coote (Guitar) Reece Philpot (drums) and Benjamin Canham (guitar). The band formed in Wagga Wagga in 2016 and has since released their debut EP ‘Lost Together’ and toured extensively throughout Australia winning over their audiences. Rumours has played shows alongside heavyweight Australian acts including Northlane, In Hearts Wake, Dream on Dreamer, Polaris and Make Them Suffer as well as playing support to international acts to the likes of The Plot In You.Rumours will be supporting Earth Caller this weekend at Stay Gold in Melbourne, they will play support for Windwaker on their upcoming Regional NSW Weekender visiting The Albion Hotel in Albury on Friday April 26 and Franks @ QUE Wagga in Wagga the following night and will play Flight in Adelaide on May 4th. Tickets on sale now.