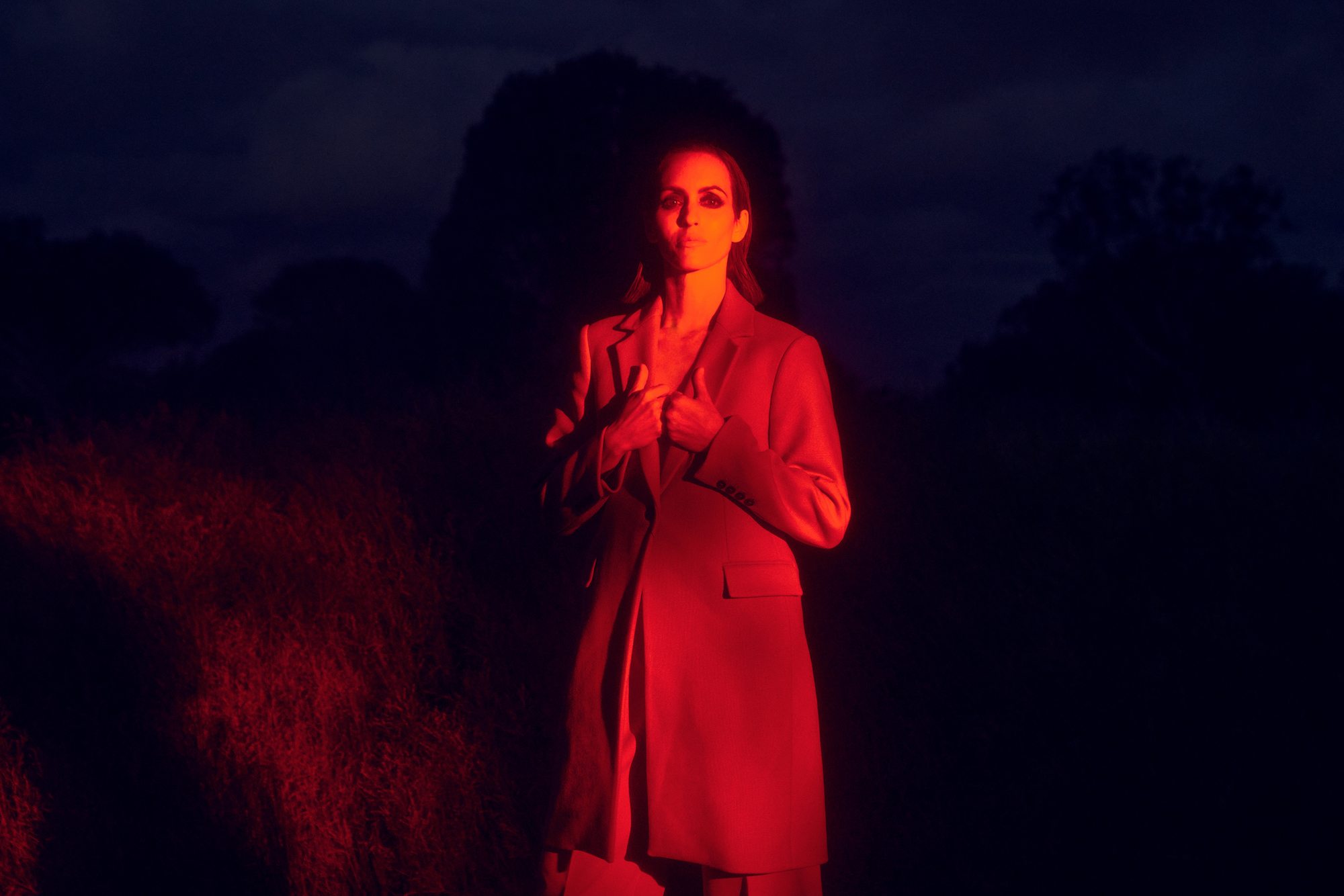 Nothing is lost on the latest single from acclaimed artistic alchemist CLAUDIO, with her brand new track Losing You officially out today. A lavish art pop wonderland glazed with RnB arrangements and ardent basslines, Losing You tackles themes of self-sabotage and the subconscious in sophistication, alongside its utterly mesmerising, and award-winning, accompanying music video, which also unveils today.

Losing You, written, recorded, produced and performed by CLAUDIO herself, dazzles in humid beats, glossy reverb and emphatic backing vocals, with CLAUDIO’s firm, ferocious yet swooning vocals fluidly charming around the luminous instrumental arrangements. Engineered by Mark McEwan (Birds of Tokyo, Tkay Maizda, Karnivool) and mastered by John Greenham (Billie Eilish, Mura Masa), Losing You glistens with mature pop sensibilities and hypnotic hues, a la James Blake, Labrinth and Pink Floyd, while also sharply examining deep-seated trauma and a coming to consciousness, as CLAUDIO explains, “It’s inspired by the witnessing of self-sabotage in real-time; and feeling powerless against the momentum of trauma patterning. I came to the difficult-to-swallow understanding some years back via a rapidly failing relationship, that self-awareness is not always enough to outrun the deeper wiring of the subconscious. Especially when two people are inter-playing their childhood-written programs as if they were literally scripted and being acted out.”

The video for Losing You earnestly reflects the delicate subject matter, with an enthralling and surreal slow-moving masterpiece featuring illustrious ballet dancer Rose Alice who is submerged underwater for the video’s entire duration. Beginning as a collaboration between curator and creative Aneka Manners and filmmaker Zoe Coldham, the female-centric project saw dancer Rose undertaking lessons on how to stay underwater in the freezing cold waters of London, with her significant efforts resulting in the clip scoring Best Music Video at Rome International Film Festival, Berlin International Film Festival and New York International Film Festival. A liberating representation of the opulent accompanying music, CLAUDIO’s exquisite vision explodes beyond the screen and into your soul, with CLAUDIO elaborating on the clip’s conceptual origins, “From those images, I invited my long-time collaborator Martins Dabolins to come on board. He is an audio-visual artist I met some years back while on tour in Latvia with whom I made a series of slow-moving films that were an integral part of Luxury of Landscape – an exhibition by Aneka Manners that took place in a 15th century palace in Florence. I asked him to create a ‘surreal expansiveness’ from the images. I wanted to see with my eyes the feeling I’d illustrated in the throbbing sub tones that you can hear in the intro of the song. The symbolism is in water being representative of the mind. The fragmented-ness of the video’s composition, points to the nature of the subconscious specifically – illogical/without time/doubling back on itself/non-linear. My favourite thing about what Martins creates is that there’s always a shape or an approach or just some element I haven’t seen or felt before – without the work ever feeling contrived or done for the sake of novelty.”

A recovering perfectionist and self-described sonic scientist, CLAUDIO has been immersed in music and creation since the age of 6, emerging as a highly acclaimed producer, vocalist, multi-instrumentalist and composer. An innovative and holistically exciting creative force, CLAUDIO’s passion and prowess has found her hotly in demand over the years, from gaining global recognition as a female pioneer of live production performance with her 2015 viral live performance of Outkast’s Hey Ya, to her game-changing 2017 TEDxTalk How to Translate the Feeling into Sound clocking over 1.9 million views. In a live setting, CLAUDIO has also gone on to open for The Roots, Mayer Hawthorne and Common, while also touring the world, including Spain, Italy, Germany, France, Brazil, South East Asia, the USA and, of course, at home in Australia. With plans for more live shows in the not-too-distant future, including an appearance in Perth at the Disrupted Festival of Ideas later this month, CLAUDIO’s 2022 journey is already shaping up to be her most enthralling yet; to experience CLAUDIO is to dip beyond the veil of reality and dive head-first into riveting beauty, helmed by one of the most exciting artists Australia has to offer. And the passion on display is echoed by CLAUDIO herself: “My deepest and most trusted relationship was to music. It has, for my whole life, been sanctuary and friendship and purpose and religion all at once. Which is a blessing and a burden. It means it takes a lot for me to come out of my shell and actually be a part of the world… I’m slowly unlearning and unraveling my tendencies towards solitude and making sure I deliver to and delight in the amazing people who connect with my music year after year. For any creator, to share with the world the art that is genuinely inspired is not just privilege – it is duty.”

Losing You is out today, Thursday June 23.