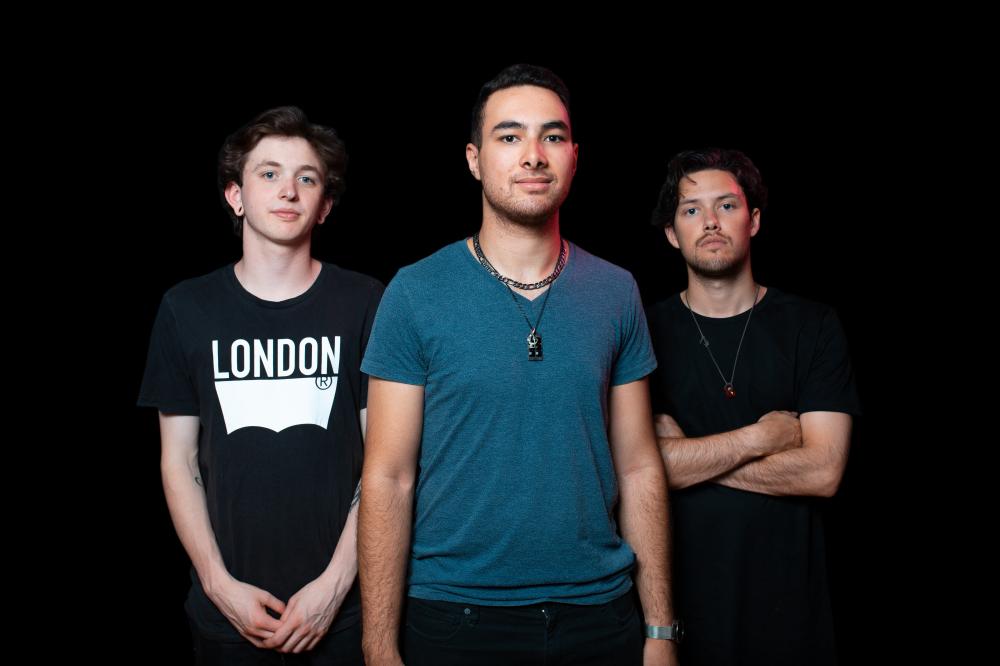 By: 27 Magazine
The Omnific are today releasing the latest, meticulously crafted, gorgeous piece of music from their new EP ‘The Mind’s Eye’. The record is out on Friday May 10th and this new track Moonstruck is their most ambient and chilled piece to date. The new single is called ‘Moonstruck’ – and it comes with a beautiful video shot in the Australian bush. The new single and video premiered at Everything is Noise on Wednesday April 24th.The new EP is available for Pre-Order at https://the-omnific.lnk.to/tme now.Toby Peterson-Stewart, one half of the bass section of the group, says that ‘Moonstruck is the love ballad of the ‘The Mind’s Eye’. When arranging this song we made an effort to keep it simple and bare in terms of orchestration, keeping true to the sound of two basses. Half of the song is simply just that.’The other half of the bass section of the band, Matt Fackrell, says that ‘Initially, ‘Moonstruck’ was a guitar orientated piece I had written around 4 years back, with no intentions of recording or releasing. But when we adapted the parts a few years later to fit the 2 basses, the song pieced itself together in a manner we are very happy with.’   Recently, the band also announced an EP release tour, which features not only headline shows in Canberra, Sydney, Perth and Melbourne, but a huge Australian tour alongside the voices of The Song Company, which takes their epic prog ‘n’ bass sound and adds a choral voice – and puts them into halls and cathedrals in Sydney, Newcastle, Canberra, Melbourne, Hobart, North Sydney, Wollongong, Berry and Perth. ‘The Mind’s Eye’ varies in themes through-out the whole EP, from dark and heavy, to uplifting ballads. So far from this EP, The Omnific released the singles ‘Erin’ and ‘The Stoic’, both of which received playlist adds to the international Spotify playlist ‘Instrumental Madness’, Radio play on triple j, rotation on The Faction and love from massive international media outlets such as Everything is Noise and Louder Sound/Prog. The new EP ‘The Mind’s Eye’ was written by The Omnific, Produced by Forrester Savell & The Omnific, Bass Engineered by Toby Peterson-Stewart, Drums Engineered by Forrester Savell and Luke Palmer (Dead Letter Circus), Mixed & Mastered by Forrester Savell, Additional Programming by Jamie Marinos, Forrester Savell & Josh Saunders – and the visceral artwork is by Raining Brains.
The Omnific’ new EP ‘The Mind’s Eye’ is available for pre-order at https://the-omnific.lnk.to/tme. The new single ‘Moonstruck’ is available for streaming and purchase now at all streaming platforms and digital outlets.

Tickets are on sale now for The Omnific’s headline tour dates at http://www.beardfoot.com.au and tickets for the shows with The Song Company are available at www.song.company/power-chords-attached.