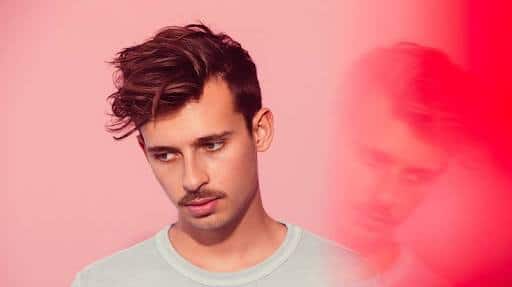 It’s one of the most exciting days of the year for music lovers in Australia, with organisers of Splendour In The Grass – one of the country’s biggest music festivals – revealing their line-up for July’s festival.

It’s a landmark occasion for the Northern New South Wales event as it celebrates its 20th year of operation. To mark the anniversary, the festival’s directors have called upon some of their favourite past performers to join in the party, which takes place at the North Byron Parklands from Friday 24 to Sunday 26 July.

Leading the line-up is an exclusive show from world-beating Sydney electronic producer Flume, whose ‘Rushing Back (feat Vera Blue)’ came in at number two in last month’s Hottest 100.

His headline slot at the 2016 festival saw him enlist some of the country’s most promising burgeoning talent and give them a chance to shine on one of the biggest stages in the country. Splendour will be the 11-time ARIA award winner’s only Australian show for 2020.

Turn-of-the-century New York City rock heroes The Strokes make their first visit to Australia since playing Splendour In The Grass back in 2016, fresh on the back of news that they will soon release their first new album in seven years this April.

Their peers Yeah Yeah Yeahs also return to the Splendour stage in 2020. It’s their first appearance at the festival since 2006.

This will be the first time Yeah Yeah Yeahs have visited Australia since their Big Day Out appearance in 2013. The band went on hiatus later that year, and have played just 18 shows since re-emerging at the end of 2017.

“A couple years previous to that I had my first kid and I didn’t work for like a year,” Karen O told Double J about the Yeah Yeah Yeahs’ return to the live stage. “I think I felt completely ready to just get on the stage at that point.

“I was a little bit nervous, [thinking] ‘are these shows just gonna destroy me completely, now that I’m not like a kid anymore?’ But actually it did the opposite.

She said that of the band’s back catalogue, the songs from Fever To Tell, their 2003 debut, were the most fun to play.

“It was nostalgic to a certain extent, but the energy felt sort of unbridled and freeing, [just] as it did back in the day,” she said.

“It felt like a kind of triumphant return and I really hope that we can offer that to you guys.”

Midnight Oil will play Splendour In The Grass for the first time this year, performing songs from their The Makarrata Project mini-album, which the band will release just prior to the festival.

“We invited some of our First Nations friends to collaborate with us in various ways on each of these eight tracks,” the band said of the new record. “Band profits from this release will be donated to charities which elevate The Uluru Statement From The Heart.

“This mid-year release of The Makarrata Project will be accompanied by a small handful of themed live performances in Australia featuring some of the very special guests who helped create this mini-album.”

No word yet as to which of these guests will perform at Splendour.

US rapper and singer Tyler, The Creator, whose moody, genre-melding 2019 album IGOR won a Grammy earlier this year, will also appear, playing his only Australian show.

Meanwhile, you can safely assume Denzel Curry will bring out his popular cover of Rage Against The Machine‘s ‘Bulls On Parade’ when he hits the Splendour stage.

Plus, artists like Julia Jacklin, Sampa The Great, Thelma Plum and Methyl Ethel, who released some of the best albums of 2019, will bring their unique greatness to the Splendour stage this year.

As always, a bevy of burgeoning local talent rounds out the bill, just like a young Flume did back at his first Splendour appearance in 2012, where he played the festival’s small Mix Up Stage at 1.15pm.

There’s too many great artists to do justice here, so check out the line-up for yourself.

Splendour In The Grass takes place at the North Byron Parklands from Friday 24 to Sunday 26 July. Tickets are on sale from 9am AEDT, Thursday 27 February.

View all posts by 27 Magazine
Older News: Set It Off share new B-Side “One Single Second” ahead of Aus tour with ONE OK ROCK Newer Live Review: Queen
Latest posts in the same category
News