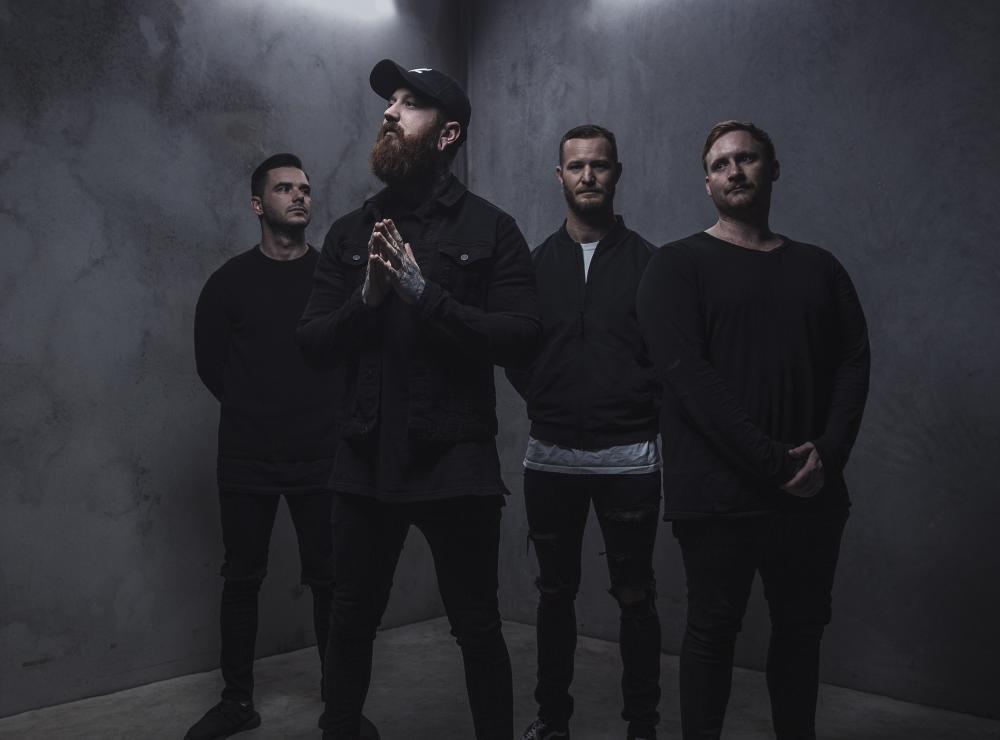 UNI/VS from Brisbane formed in early 2017 and have rapidly established themselves as ones to watch in not just the Brisbane, but the Australian heavy scene. The Melodic Hardcore outfit are today announcing their “Smile” Australian tour – which celebrates their second EP “Smile”, released in late 2018.

UNI/VS have decided to showcase their new EP in full whilst also playing some of their favourite older tracks on this, their first Australian tour. The Brisbane quartet are visiting Sydney, Newcastle, Melbourne, Adelaide, Brisbane and Rockhampton on the ‘Smile’ Tour and bringing a virtual who’s who of up and coming Australian hardcore and metalcore bands with them to throw down with.

Joining them is Sydney’s Metalcore act Above, Below on all shows except Melbourne. Above, Below formed with the immediate mindset of setting themselves apart. With a constant focus on innovation and contrast within their progressive metalcore roots, the quintuplet released their debut EP The Sowers Of Discord in early 2017. Incorporating a multifaceted blend of heavy grooves, heavenly clean sections and crushing breakdowns, the group have done well to establish themselves amongst the scene. Releasing a brand new single at the end of 2018, they’re now looking ahead to arrange plans for their sophomore release in 2019.

Sydney’s show on 15th March sees them supporting Sienna Skies at Factory Floor and playing alongside Resist The Thought & Bloom, Newcastle is the 16th March at the Hamilton Hotel with Bloom, Melbourne’s show is somewhat secret at the moment but will be announced VERY soon, Adelaide is 23rd March at Enigma Bar with Resist The Thought, Mauvais & Relapse in support, Brisbane is 5th April at Crowbar with Crave Death, Isolation and Affinity Minus Perfection, and they finish up the tour in Cattle Country in Rockhampton at O’Dowd’s Irish Hotel with Affinity Minus Perfection and Wildheart on 6th April.

Guitarist for the band, Michael Ryan, said that the band are more than excited about hitting the road. “We are champing at the bit to get this show out and in people’s faces on the road. We have put this run together ourselves and are so excited to play alongside the legends that we have managed to secure to play with on these shows. It’s going to be a hell of a time.”

triple j unearthed’s Tommy Faith praised the band with a 4 1/2 star review, saying that their track Hell/Me had “Technical sharpness, thundering sub-bass drops married under caustic vocals. Hearing plenty of the ‘sounds like’ that you’ve listed, from architects to Northlane to BMTH.”

Their relatively short career to date has already seen them supporting international acts such as Silverstein, Come Back Kid, Stick To Your Guns, Terror, Being As An Ocean, The Acacia Strain, Kublai Khan and some of Australia’s best home grown artists such as Boris the Blade, Dream on, Dreamer, Young Lions, The Comfort, Belle Haven, Sienna Skies, Earth Caller, Alpha Wolf, Honest Crooks and More. The UNI/VS lads as more than ready to carve their name into 2019 and turn heads wherever they land.

Tickets are on sale now for UNI/VS‘ The Australian ‘Smile’ Tour 2019 at LINK and the Smile EP is available now at iTunes, Spotify, Apple Music and all digital stores and streaming outlets.

* Above, Below not supporting