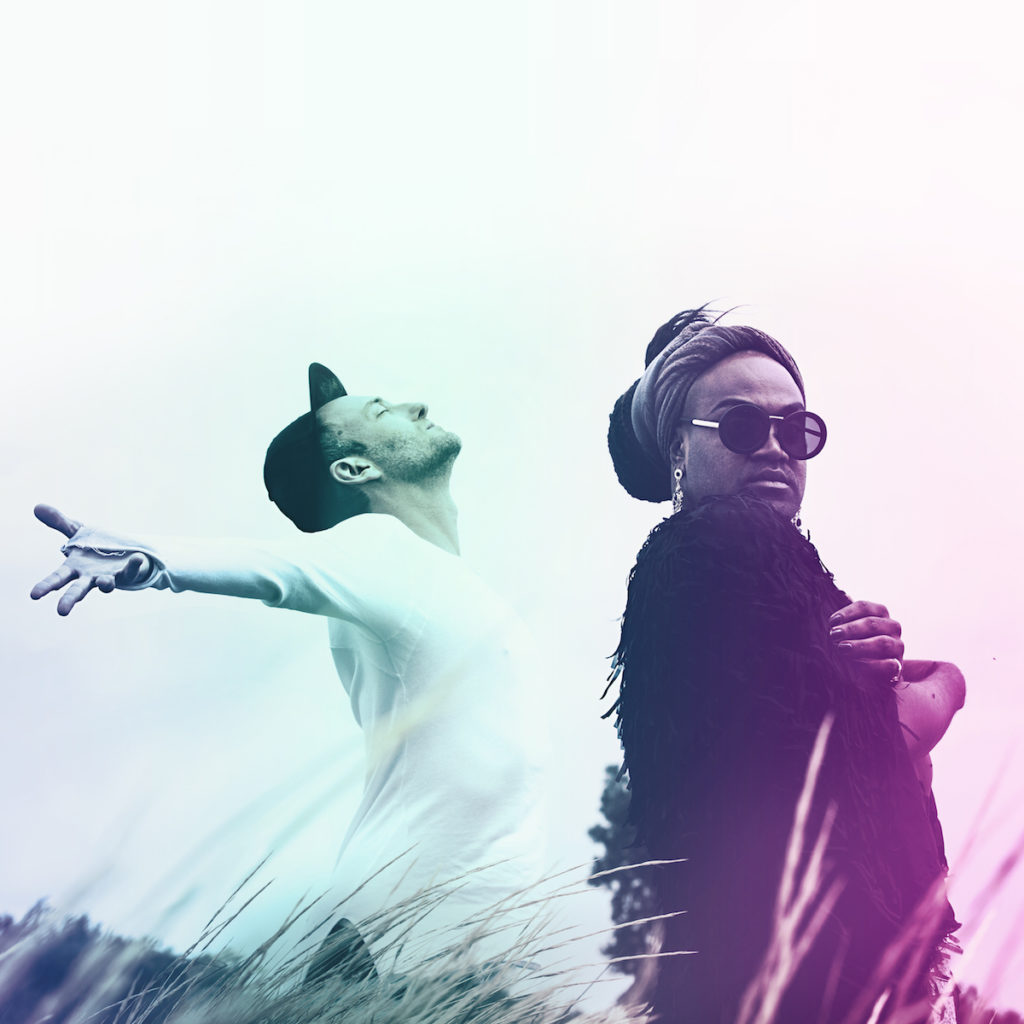 Adelaide’s Electric Fields is a potent and unique force bringing together the brilliance and creativity of music producer and composer Michael Ross, with the mesmerising sensitivity of Zaachariaha Fielding – whose rare and beautiful voice has been described as ‘taking soul to the stratosphere’. After recently signing world-wide publishing with SONY/ATV, they‘ve now worked with Grammy winning mixer Eric J Dubowsky (Flume, The Chemical Brothers, Dua Lipa, St Vincent) to offer their first ever official single, 2000 and Whatever, newly released on February 1.

These two feminine brothers create a striking and haunting merging of living traditional Aboriginal culture with electronic music. Brooding and bangin’, this New Years anthem is a message stick to our current generation – sung in English and Pitjantjatjara Yankunytjatjara. Its first ever performance was during the new year’s countdown to 2019 at the Woodford Amphitheatre to over 20,000 festival goers. Its second performance will be on live television as a finalist for Australia’s next Eurovision entry in 2019 – the United Nations’ International Year of Indigenous Languages.

Speaking about the inspiration behind the song, Electric Fields say,“We believe this generation could be the best yet. We can do this by becoming aware that we are all here, together, for reasons we’ll never fully grasp. There’s room for everybody. We are not your worries, we are a beautiful energy that just has the ability to think. So use those thoughts to navigate a path to a new level of freedom. Because in no time we’ll all be dead. Then all of those atoms that make up your body will become part of nature and your energy will also move on to something else. We’re not going to live forever, BUT, that process of impermanence WILL go on forever. Live that, and we really could be the best generation yet.”

Off the back of one independent EP, they’ve been nominated alongside A.B. Original and Gurrumul for Artist of the Year at the NIMAs, collaborated on recordings with Hermitude, Touch Sensitive, Sampa The Great, opened for PNAU, Cut Copy, Ngaiire and more. In the last 12 months, Electric Fields have performed over 70 shows in 8 countries, including performances at Womad in London, Sziget Festival in Budapest, MONA FOMA in Hobart, and 5 shows at the Sydney Opera House.