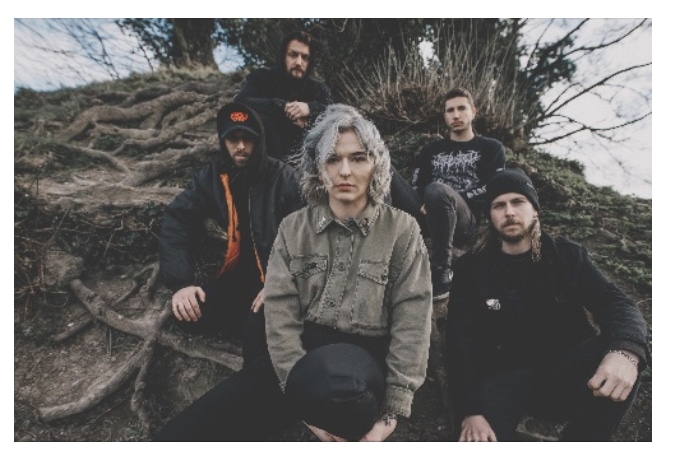 The fast rising UK based five piece released their blistering second album, Samsara, named after the Buddhist concept of being reborn into a never-ending cycle of suffering, in early 2019 and saw them up the ante in the aggression stakes while also becoming more dynamic. Low end discord relieved by layers of dynamic swell showcase a contrast that Venom Prison delivers on record and excels at on stage.

Venom Prison are led by Larissa Stupar, who’s caustic vocal delivery is laced with themes of femininity, sacrifice, self-destruction and sadistic rituals. It’s also interlinked with self-analysis and discovery as Larissa comments on Samsara’s lyrical subject matter, “there is a political thread of fury that delivers a lashing in the direction of human trafficking, forced surrogacy, capital punishment and the dismal trail of destruction left by societal architects and rulers”.

Venom Prison first pummelled the jugular of the underground with a self-released demo Defy the Tyrant in 2015. They continued to rip through the touring circuits of the UK and Mainland Europe following up with The Primal Chaos EP.  Their debut full length Animus soon followed on Prosthetic Records, propelling the band into the spotlight earning them the prestigious Metal Hammer Golden Gods award for best new band in 2017. With this recognition they continued their assault on the UK, Mainland Europe, North America and Canada with their energetic and passionate performances touring with the likes of Trap Them, Gorguts, Trivium, Code Orange, Fit For An Autopsy, Aborted and Power Trip in addition to festivals such as Download, Bloodstock, Boomtown and Damnation.

Venom Prison are not here to sugar coat things; experiencing their own rebirth by way of Samsara has brought about its own misery-tinged kind of zeal.  What you might mistake for the light at the end of the tunnel is just as likely to be their view of watching the world burn.