News: Alt. are back with their addictive new single “Chasing Safety” ahead of Void Of Vision support show

HomeNewsNews: Alt. are back with their addictive new single “Chasing Safety” ahead of Void Of Vision support show
News 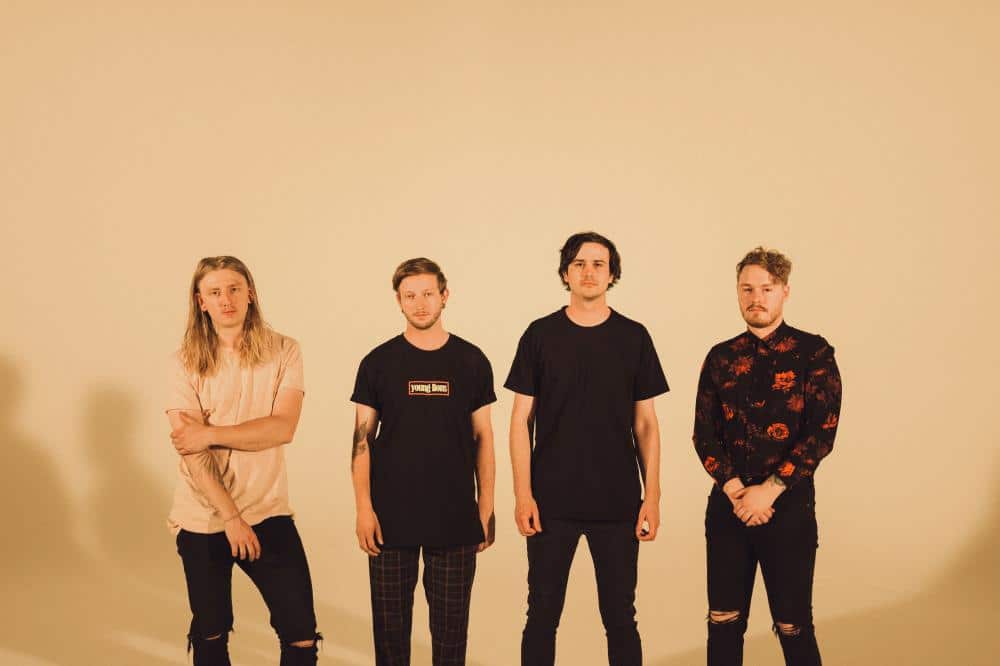 Adelaide-based rock outfit Alt. are back with their sophomore single, the dark and addictive “Chasing Safety” premiering today on Dreambound. Alt. have left just enough time between for their Adelaide following to get acquainted before unleashing the brand new track live on The Hyperdaze Tour alongside Void Of Vision and Diamond Construct on February 28.“Chasing Safety” is produced by Callan Orr (Dream On Dreamer) at Avalanche Studios and is written by the trifecta of absolute musical talent, Chris Lalic (Windwaker), Zach Britt (Young Lions) and Alt. themselves. Similar to previous single “Insubordinate”, the track flaunts a massively addictive riff and a sound not unlike rock lords, Deftones. The track is about having to watch from the outside when someone you care about is stuck in an awful situation and you feel desperate to rescue them. “Someone very dear to me was in an abusive relationship and feeling very helpless, lost, and alone and I was so moved to hear about what she was going through.” explains vocalist Daniel Richards. “I’m so grateful that she had the strength to open up and allow me to have a hand in helping her get out of that situation and into a happier, safer life.”“The message in chasing safety is that no matter how hopeless a situation feels, there will always be someone to support you and care about keeping you out of harm. I hope we can all get through the fear of reaching out and accept help when we don’t feel safe.” Shot by award winning cinematographer Benjamin Powell (Days Of Deceit, Across The Atlas), Alt. reveal their identities in this second installment, beginning with the band playing through their new track between scenes beginning with darker, almost silhouetted characters juxtaposed against the bright lights and contrasting outfits of the second scene that give the members personality and life, signifying the light at the end of the tunnel. Richards existed as the last original member of Adelaide rockers After Change, so the four-piece decided to relaunch and start fresh under the new name, Alt. The band’s final form consists of Richards on vocals, Daniel Wells-Smith and Simon Aistrope on guitars and Declan Fry on drums. “Insubordinate” marked the launch of the band, and the first of seven singles to be released from a debut EP entitled ‘Dysfunctional’, expected for release later in the year. “Insubordinate” was welcomed with open arms with reviews from triple j’s Mitch Alexander: “Massive chorus with huge stomping riffs setting it up. Stadium ready” and Depth Magazine: “musically, with its pulsing and polished sound, “insubordinate.” has a wow factor from its heavy beginning”.Alt. have taken time to demo and experiment with their new sound, reaching out to a number of fellow musicians for a hand in direction and production. The band have credited Trenton Woodley (Hands Like Houses), Luke McKenzie and Jimmy Alexander (Awaken I Am) and Zach Britt (Young Lions/Dream On Dreamer) for their contributions in helping create this massive debut offering. Don’t miss Alt. playing their new tunes alongside Void Of Vision and Diamond Construct on Friday February 28 at Crown and Anchor in Adelaide, tickets on sale now at Oztix! “Chasing Safety” is out Friday and will be available on all digital stores and streaming platforms.