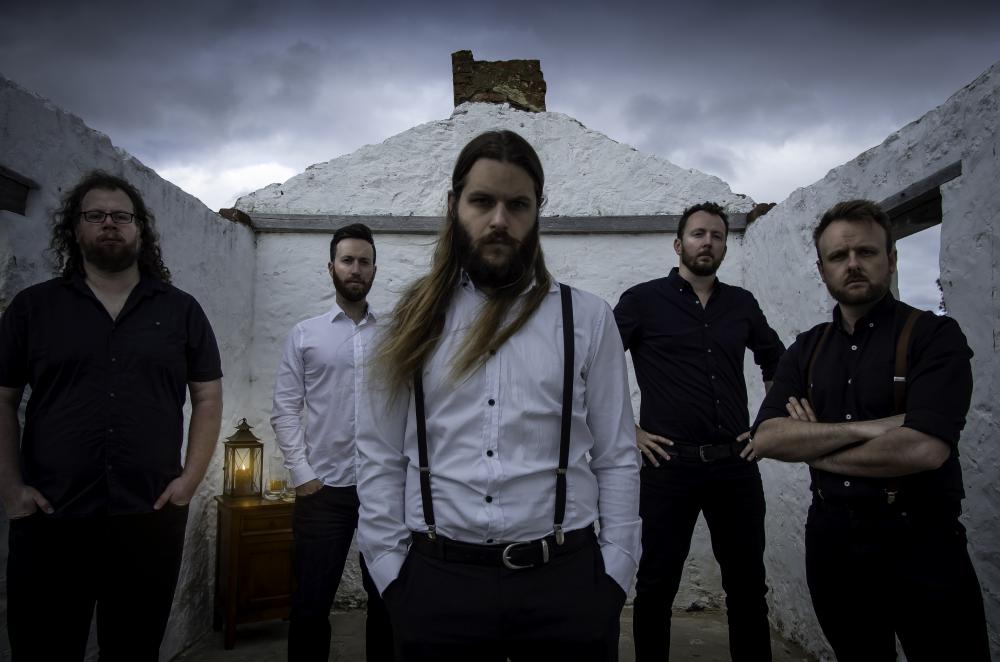 Announced earlier this month, the Perth Prog royalty double bill tour featuring VOYAGER & CHAOS DIVINE has today, due to popular demand, added an Adelaide show at Jive on Thursday 11th July, kicking off the prog-tastic tour, that culminates back in hometown Perth.

Tour presenter, Josh Terlick from Beardfoot Bookings says, “As soon as the first tour dates were announced, the Beardfoot page, as well as comment threads on both bands’ pages were innundated with requests for an Adelaide show – so… don’t say we don’t listen – here’s a show, Adelaide – show Voyager and Chaos Divine what you’ve got!”

It’s been a busy start to 2019 for both bands, with VOYAGER releasing single Brightstar – their first musical offering under new label Season of Mist, toured alongside Twelve Foot Ninja and put in two stellar performances at 2019’s Download Festival Sydney and Melbourne. Voyager have toured with artists such as Deftones, Leprous, Nightwish, Coheed and Cambria, as well as headlining a number of European festivals. The Music saw them at Download Festival and had nothing but praise for the outfit’s performance – “Voyager have long projected a personality and demeanour larger than the pub and club venues they’ve frequented. Kicking off the Red Stage, the Perth crew didn’t squander the opportunity to broaden their fanbase. A standout was new single Brightstar, which segued from ’80s pop glory to a prog-metal workout.”

Perth’s enigmatic prog metal five-piece CHAOS DIVINE have well and truly immersed themselves in a realm of sound and style matched by few, and admired by many. They recently dropped their new single ‘Unspoken’ alongside a beautiful animated video – the single reached #6 on the Australian iTunes metal charts and was added to Spotify’s international playlists New Metal Tracks and Progressive Metal, as well as Australian list Homegrown & Heavy. Their 2019 has also been busy as a cat burying shit on concrete (and we all know that’s busy, thank you Twelve Foot Ninja), where they joined the likes of THE OCEAN, MONUMENTS and SKYHARBOR for the national PROGFEST tour. Metal Roos praised their show, saying that “Chaos Divine came all the way form Perth to just about steal the entire show. Soldiers sounded gargantuan, One Door was sublime. David Anderton vocals were immense, and their killer cover of Africa is always welcome. Chaos Divine were amazing.”

Tickets are on sale now for all shows on VOYAGER and CHAOS DIVINE’S Australian Tour July 2019 at http://beardfoot.com.au/voyager, including the newly added Adelaide show. All shows are 18+. 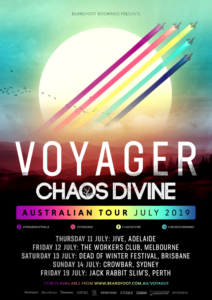