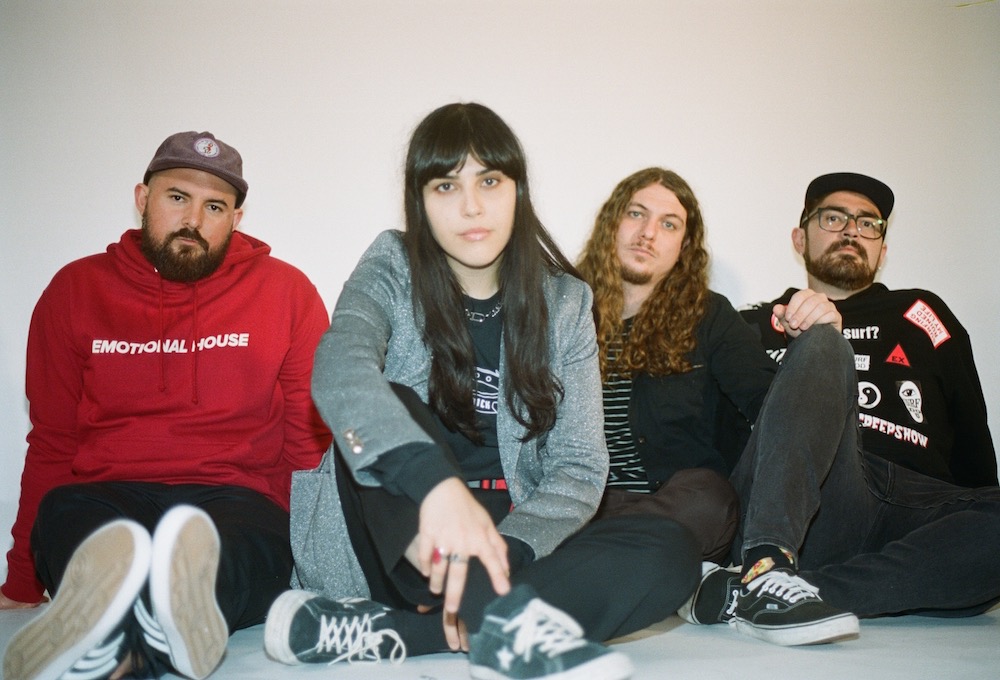 RETURN WITH RAW AND RAUCOUS NEW SINGLE ‘I AM’
+ ANNOUNCE NATIONAL

“WAAX have always been raw and unhinged and appeal to that side of you that wants to jump around like no one’s watching and let off some steam.” – triple j

“For a band yet to release a debut album, Waax seem fully formed – don’t be surprised if they become a very big deal this year.”
– The Guardian

As they march towards the release of their debut album later this year, WAAX has once again reasserted themselves as one of premiere acts in Australian music today with the release of a brand-new single, ‘I Am,’ and with it details of a sweeping, national tour.

In all honesty, we could have tried to write something clever and attention-grabbing at the start of this press release that describes just how WAAX continue to set themselves apart from the pack in the Australian landscape, however it’s only upon listening to the new single that you can really hear what we’re talking about.

LISTEN TO WAAX’S NEW SINGLE ‘I AM’ HERE

The exact moment comes 46 seconds into the song – when you get a rare glimpse at the band’s music minus the distortion and the chaos we’ve come to love as their sound. Instead, gently plucked acoustic guitar notes and Maz DeVita’s intimate vocals are laid bare, as she sings:

I’m only human,
Why can’t you understand?
You put the pressure on,
And now I’m falling…

The façade of the often intimidating and wild presence that is the band’s frontwoman is shed to the wayside, and in its place is an emotional vulnerability – exposed like an open vein. These lyrics are just as personal and as revealing as we’ve heard on ‘Labrador’ and ‘FU’ before them (DeVita has made a real point of opening herself up emotionally in her writing). However, paired against nothing but acoustic notes, they land like anvils and shake you to your core. From there the chorus continues and the rest of the band kick their pedals back on and explode into action, but now it’s that original openness that dictates the mood of the rest of the song. The crunch and drive and bang are all still palpable, but now you’re hooked on an intangible, raw energy.

It doesn’t take a detective either to hear these lyrics and recognise the story of a crumbling relationship – “I forgot the person that I am” she continues later in the chorus, a refrain many of us have said in the heat of arguments towards the end. Yet here DeVita takes that self-confession and empowers it as a rallying cry to herself and to the audience, calling to rise like a phoenix and fly forward.

That emotional and musical power of ‘I Am’ was instantly recognised by triple j who premiered the song overnight, continuing to endorse the Brisbane four-piece as they march towards the release of their debut LP this year. That march is now set to take them around the country once again this July, as they head out on the ‘I Am’ national tour – starting in Fremantle on August 8 at Mojos Bar.

There’s no denying WAAX kicked down the door with ‘Labrador,’ and set fire to the joint with ‘FU.’ It’s on ‘I Am’ though, in the aftermath of all that destruction, that the take a moment to take stock of all that’s happened and really open themselves up. The song still rocks and rocks hard – the guitar lines soar, the drums thump like a kick to the guts, and that quiet vocal delivery (although short) is only a fleeting moment of sweetness from DeVita before she’s back to her howling best. However, ‘I Am’ really shows the depth that the band has discovered in this new phase of their creativity and career that has undeniably reached a new wave of fans, and been complemented by a deserving wave of critical and cultural celebration.

After years winning hearts and minds with their music and selling out national show after show across the country, WAAX finally signed to Dew Process last year for the record deal they deserved. Now they’re having their rightful moment in the spotlight. It’s not always easy when you’re exposed to that light – after all light is the greatest disinfectant there is and you never know what toxicity will be exposed (see certain recent shows for reference). However, WAAX are ready for it. They’re pushing ahead hard and not stopping or slowing down for anything or anyone.

Just make sure you scream, “I forgot the person that I am,” loud along with them.f

WAAX ‘I Am’ National Tour 2019
For all the latest releases and touring news, head to: www.waax.band