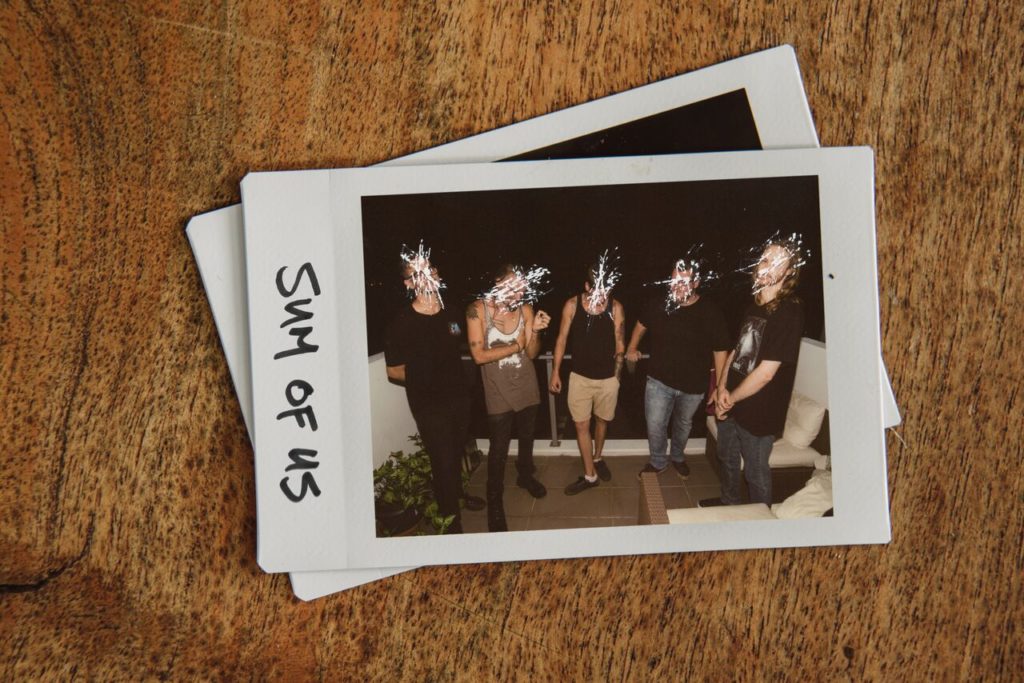 Featuring progressive bands of all styles and genres, from prog, post, psychedelic, art rock, metal and everything in between, PROGFEST is about showcasing bands that think for themselves; bands who rather than following the latest trends, have decided to challenge themselves musically and create music with depth and vision. Before Progfest kicks off we caught up with  Jeremy Field from the band Sum of Us to discuss his favorite guitars in his collection and his favorite guitarists

Jeremy Field is a guitarist in the Brisbane prog outfit, Sum Of Us. Having played for over a decade studying both jazz and classical music, Field’s genre free approach to writing creates a unique sonic environment that seamlessly combines high technicality playing with tasteful creativity. It’s this approach to playing that allows him to find the perfect spaces to fill within the chaotic sound that is Sum Of Us.

This one is main guitar for studio and the stage and is a little different to most Ibanez RGs. I have upgraded the pickups to a BKP ceramic Nailbomb in the bridge which makes the guitar tight percussive and a BKP VHII in the neck which makes it very smooth and clear. It also has an ash body with an 11-piece neck, and my favourite part is the nod to my inner nerd with the velociraptor etched into the bridge pickup.

I don’t really use this on stage but I will be using this in studio for our next release. This thing is very blue, and holds a special spot for me as this was made the year I was born. I played one once about 7 years ago but couldn’t afford it at the time it was like it was made for me and I had been looking for one ever since. I found this one at the end of 2017 and I won’t be letting it go. This guitar is all original except for the springs in the bridge, it has a very thin and fast neck and the pickups are IBZ/USA so this guitar is medium high output but is very warm and clear.

He is a legend, as a 14yr old kid, first listening to him absolutely blew my mind. Even though I wouldn’t say that my playing is anything like his or his style, he has influenced me a great deal. Zakk Wylde quite often speaks about “finding what makes you, you!” and finding your own voice and style as a guitarist, and Zakk Wylde is very unapologetically himself. When I saw him play last, I was in the first row and he had begun an 8-minute-long solo in which the rest of the band left the stage and it was just him and his guitar. He was able to hold the crowd the whole time, and right at the end the girl standing next to me pulled off her prosthetic leg which had inscribe “sign me Zakk” on it and they tried throwing it on stage.

When I first heard The Helix nebula I was at a real plateau in my playing and was lacking inspiration, I saw these guys live and it gave me a kick in the butt and really inspired me to continue exploring my own playing. He is an amazing guitarist and I have seen him play a few times, great guitarist to watch and always seems to be enjoying himself.

This guy can be really out there but absolutely blows my mind when I listen to his stuff. He is incredible at using the guitar to add value to a track without taking over as guitar can do quite often. That being said he can make some really cool but over-the-top music as well. He also has made some outstanding internet content about guitar practice techniques and music theory which I highly recommend.