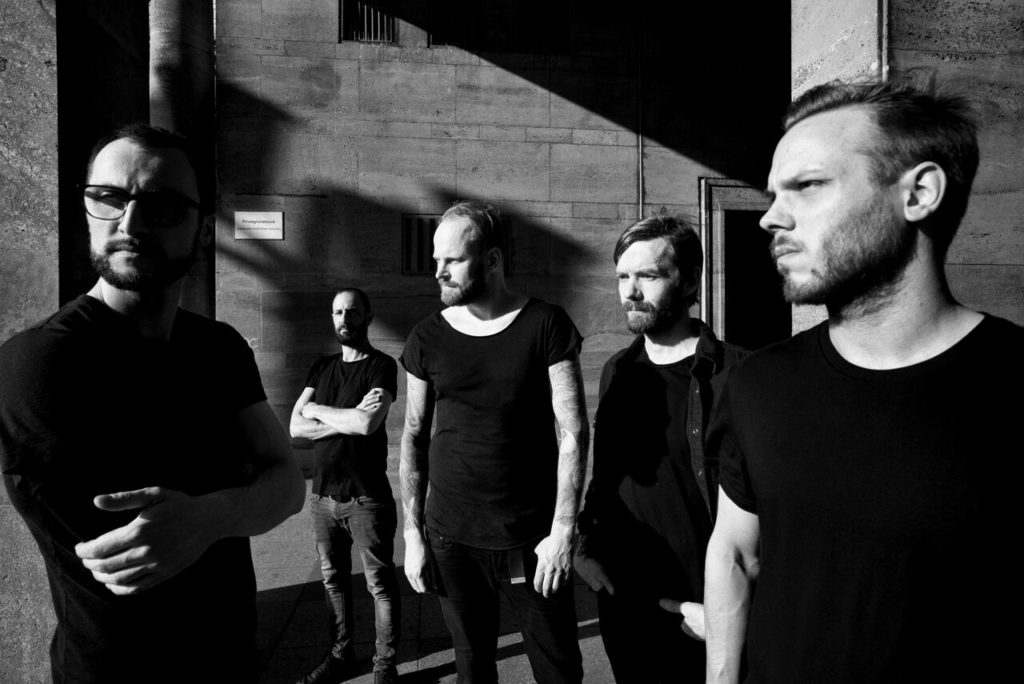 Featuring progressive bands of all styles and genres, from prog, post, psychedelic, art rock, metal and everything in between, PROGFEST is about showcasing bands that think for themselves; bands who rather than following the latest trends, have decided to challenge themselves musically and create music with depth and vision.
Before Progfest kicks off we caught up with the talented Robin Staps (The Ocean Collective)    discuss his favorite guitars in his collection.
The Ocean Collective
Since 2001, the Berlin-based musician collective The Ocean have released 7 critically acclaimed studio albums, and a split EP with Japanese post-rock legends Mono. With an ever-changing lineup of various on- and off-stage musicians and visual artists, the relentlessly touring group have become well known for their immense, mind-expanding live shows, which they have carried into the most remote corners of the globe, from Siberian squats to colonial theatres in Ecuador.
My 2 fave guitars are my two identical PRS Custom 24s. They just sound and feel perfect in every way. They look pretty beat up by now, they have travelled with me around the globe several times, but they still hold up and I wouldn’t trade them for anything else, ever.
My 3rd fave guitar is a Mozer custom guitar. It’s a baritone scale instrument, perfect for lower tunings and it’s got a nice mat wooden finish, no inlays on the fretboard but fluorescent block inlays on the topside of the neck which glow in the dark — perfect for our sometimes very dark stage lighting conditions in the quieter parts. It’s very light and very comfortable to play.
Then there is my Ampeg stud. I came across this in a pawn shop in Seattle years ago. It was pretty fucked, the pickups were dead, but it was a beauty and I wasn’t even aware that Ampeg had ever made guitars until I saw this babe. I bought it and had my guitar guy fix it, put in Bare Knuckles – Cold Sweat pickups and it’s got a really mean sound now.
Finally, my First Act Brent Hinds signature model, in a nice dark tobacco sunburst. It’s a cool guitar, I love the odd shape of it and the bridge hum bucker sounds really good. I’ve been using this one mainly in the studio so far.
Celebrating its 10th Anniversary, Progfest is the ultimate annual gathering for progressive music fans, and prog as a genre is one of the nation’s fastest growing.