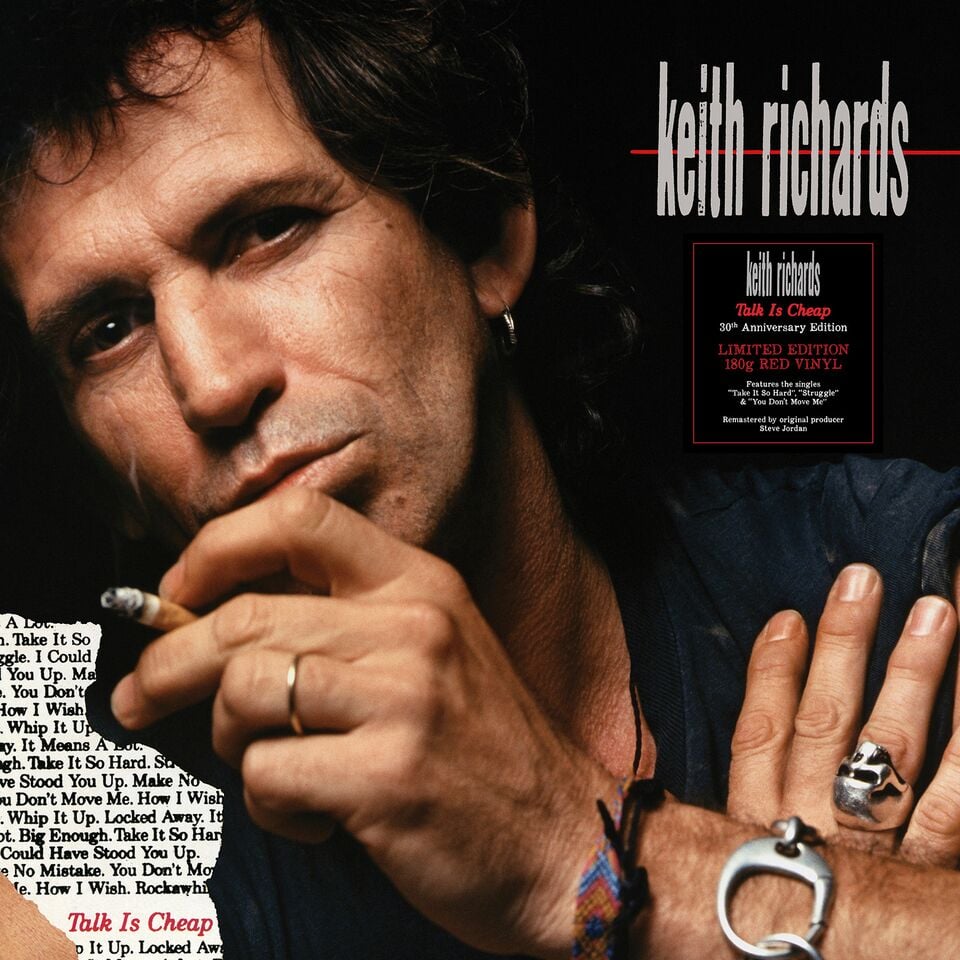 With the 30th anniversary re-release of the year for ‘Talk Is Cheap’ on March 29th via BMG, Keith Richards today releases the video and IG for bonus track ‘Big Town Playboy’.

The stone cold classic album will be re-issued as a super deluxe box-set, deluxe box set, CD, LP and digital.
Effortlessly timeless, the bluesy guitar and bassline in combination with Keith’s husky voice in ‘Big Town Playboy’ transport the listener back to a different time: one of laughter, booze and rock ‘n’ roll. (bit on video)

In 1988 Keith Richards released his first ever solo album, ‘Talk Is Cheap’, an eleven track masterclass in everything good about rock ‘n roll.

30 years on, a reissue of the album is being released including a very limited Super Deluxe Box Set this month.

From March 22nd ‘The Final Five’ from the production line will be featured in ‘The Keith Collection’, an exhibition in some of the worlds top Rock n Roll hotels including the Karma Sanctum Soho in London, 25hours Bikini Hotel in Berlin, L’Hotel Paris, O.D. BARCELONA and Andaz West Hollywood. Without being one of the lucky 1145 people to own one of these limited edition boxes, this will be the only opportunity to see the box in all it’s glory.

These boxes really are pieces of art with a real-wood case that was hand-built and aged by Fender, using the same materials as Keith’s iconic vintage telecaster, Micawber. It takes 37 Fender staff to complete each box , plus an additional 11 different suppliers of parts and services: from corrugated boxes to graphics on the chrome control plate, to the sawmill cutting the ash. It takes 2 weeks to produce each box. However, the first box took about 4 months and 20 different prototypes to get each part correct

“The aging on the brass name plate is done in a high temperature metal tempering oven (Temperature, time, and exact process is a trade secret).   The ash exterior is a multi-step process that is also proprietary, but is different that we use in aging guitars, due to the precision required to age a guitar in the appropriate areas that wear due to use.” Mike Born, head of wood at Fender

‘Talk Is Cheap’ will be released as CD, vinyl, Deluxe and Super Deluxe box set. 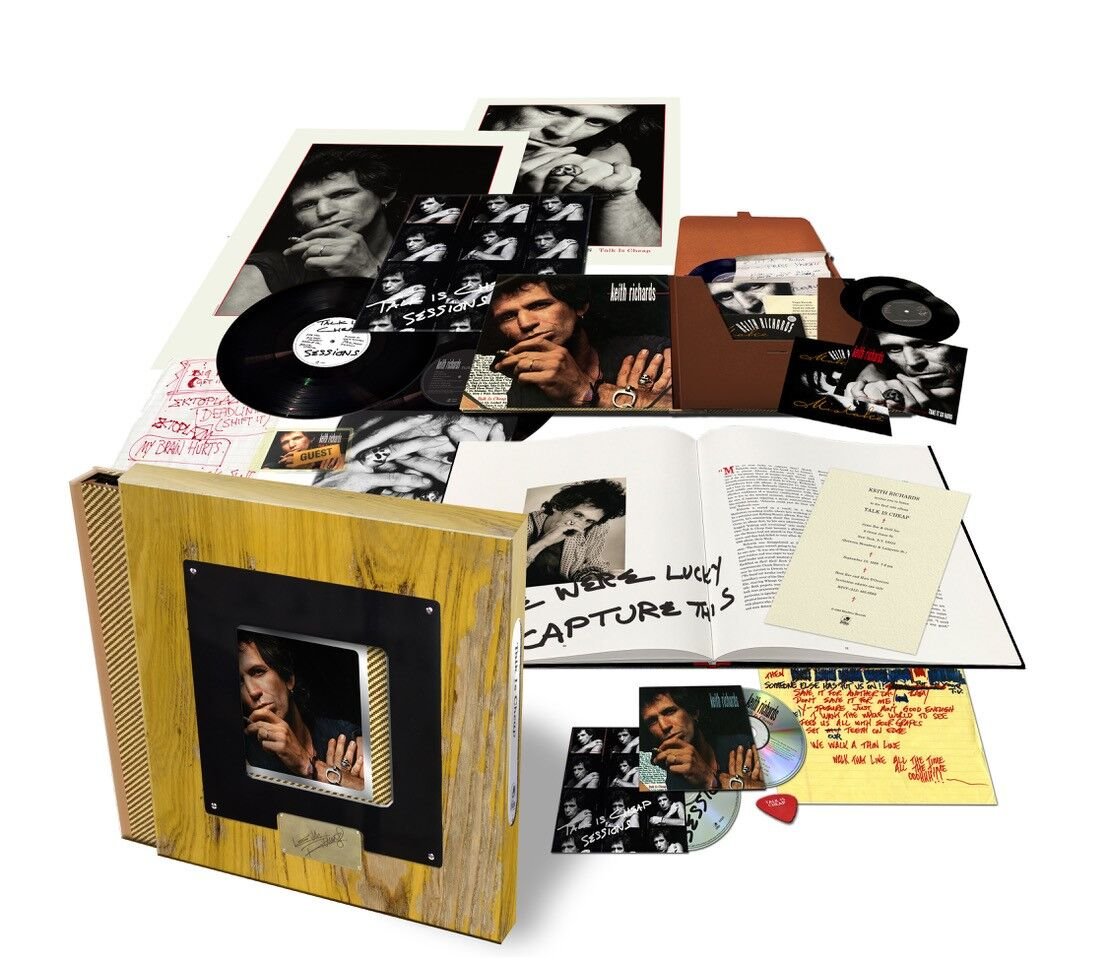