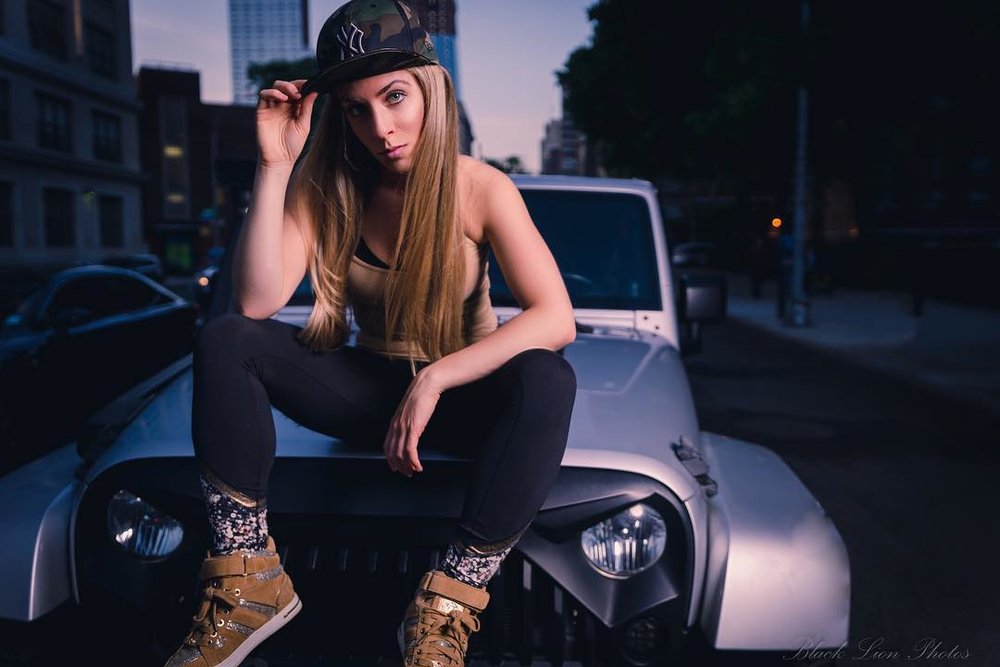 This month, Farrah Frostt released “Work Hard, Play Harder,” the highly-anticipated follow-up to her debut “Not In The Mood,” a bold anthem of female empowerment which gained the artist instant notoriety when the video premiered this spring on World Star Hip Hop; to date the video has more than 110,000 views on YouTube. Frostt honed her rap skills under the tutelage of producer Sam Sneed from Death Row Records who produced Dr. Dre, Snoop Dogg, Jay-Z, 50 Cent, and others.

An actress and member of the Screen Actors Guild with featured appearances on the television series Ray Donovan and Bull, Frostt (born Tiffany Eatz) is also a trained hip-hop, tap, ballet, jazz and lyrical dancer. Frostt earned her B.S. in Neuroscience, B.A. in Writing Seminars, B.A. in Medicine, Science & the Humanities, and minor in Theatre as a premed at Johns Hopkins University.

1. Nicki Minaj
I have been listening to her since she first came out– between classes, before tests, on the way home from school, at parties. All throughout college, I choreographed tap and hip hop dances to her songs. I even choreographed a tap/Irish step dance collaboration to “Anaconda.” (Lol, what a sight.) Twerking in tap shoes is quite something. She is a lyrical genius, an actress, and a multi-dimensional performer. Her facial expressions and personalities are priceless. She has the “It Factor.” She can even dance and sing on top of being a queen of rap. “Grand Piano” is beautiful and moving. Her music is evocative, smart, and fun. Nicki Minaj is an extremely inspiring triple threat and household name.
2. Ke$ha
Oh man. The amount of glitter I have worn to Ke$ha concerts is unhealthy. I really admire her intelligence and ability to traverse genres. She touched upon country, pop, electronica and I enjoyed it all as I listened to “Goodbye” in my cheetah print room, cuddled up in blankets, and jumped around to “We R Who We R.” She has an incredibly beautiful voice that really reemerged with her song, “Praying.” She is so apparently passionate and unique. Her versatility from “white-girl-talk-rap” to ballads personally resonates with me.
3. Ciara
Another gorgeous, multi-talented human. Her music is incredible to dance to and it just so happens that she can really dance her ass off. “1, 2 Step” with her and Missy Elliott was my jam when I was young. “I’m five two, I wanna dance with you.” Accurate. Missy Elliott is another obviously extremely influential female urban artist. Ciara is a singing, dancing idol and Missy Elliott is a rap idol. Those two together make quite the dynamic duo. I was ready to move when she came out with “Level Up.”
4. Cardi B
Cardi is newer than the others on this list. I truly admire how she keeps it real. She is an incredible personality, larger than life. Her energy is contagious. I got an adenotonsillectomy last year and her videos were one of the only things that made me smile through the pain of recovery. She can dance, rap, command a stage, and arguably even sing some. (She sounds real nice in “La Modelo” with Ozuna.)  She makes me smile and laugh. Cardi inspires me because of her infectious vigor. And nothing currently makes me pop more than a Cardi song.
5. Beyonce
The stunning Queen B has created an empire– talk about a triple threat. She has mastered it all: vocals, dancing, acting, business, you name it. From Destiny’s Child and the late 90’s up until now, I have remained an avid fan and kept up with her endeavors. I like how her sound evolves to keep up with the times. She has a ridiculous amount of stage presence and knows how to put on a show. I have too many good things to say about her and would love to emulate her span of multi-faceted talent.