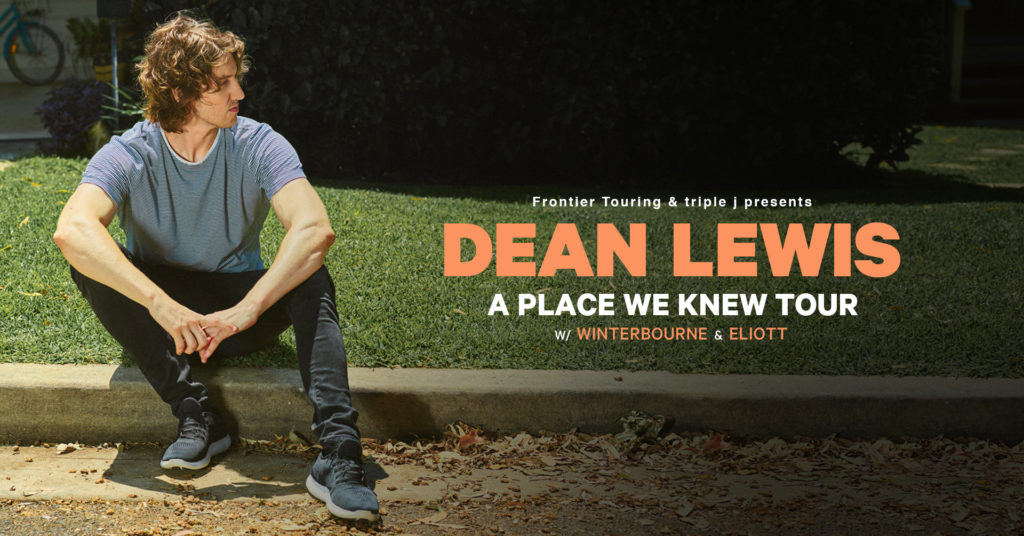 DEAN LEWIS
A PLACE WE KNEW AUSTRALIAN TOUR
KICKS OFF TONIGHT IN SYDNEY!
+ SYDNEY, ADELAIDE & MELBOURNE SOLD OUT
+ LIMITED TIX AVAILABLE IN BRISBANE & PERTH
Dean Lewis will perform the first show of his Australian tour tonight at Sydney’s Enmore Theatre.
Sydney, Adelaide and Melbourne shows have already sold out as well as Brisbane’s first show.
Tickets are selling fast for all other shows with limited tickets still available in Brisbane and Perth.
The countdown is over as Dean Lewis’ Australian tour kicks off tonight with two sold out performances at Sydney’s Enmore Theatre!

Following his Sydney shows, Dean will head to Brisbane’s The Tivoli for two nights before performing in Adelaide and Perth, concluding his tour of Australia with three sold out performances at Melbourne’s Forum Theatre.

The tour has been in extremely high demand, with first shows in Brisbane and Adelaide and all Sydney and Melbourne shows having sold out, with limited tickets remaining for all other shows.

The Australian leg of Dean’s international tour follows an incredible live performance at Auckland Town Hall over the weekend. Garnering rave reviews from fans and reviewers alike, the show provides a taste of what fans can expect from the singer-songwriter’s upcoming Australian performances.

‘He is a musical genius who is a master of his trade, and although his songs are emotionally raw, he did nothing but deliver 90 minutes of pure happiness’ – Ambient Light

Dean has returned home to Australia this week following the release of his debut album A Place We Knew (out now through Island Records), which debuted at #1 in Australia. With over a billion streams of his music globally and being named Billboard’s ‘Chart-Breaker’ in October, Dean has been dominating charts all over the world with his single ‘Be Alright’. Dean’s current single ‘7 Minutes’ is now certified Gold in Australia, and has a brand new video clip. ‘7 Minutes’, along with his global hits ‘Be Alright’ (6x Platinum) and ‘Waves’ (5x Platinum) are included on Dean’s debut album.

Following rave reviews in Auckland over the weekend and with limited tickets available to remaining shows, fans are urged to buy tickets now to avoid missing out on this incredible tour!

Saturday 11 May
The Tivoli | Brisbane, QLD
Lic. All Ages | SOLD OUT!

Saturday 18 May
The Forum | Melbourne, VIC
Lic. All Ages | SOLD OUT!