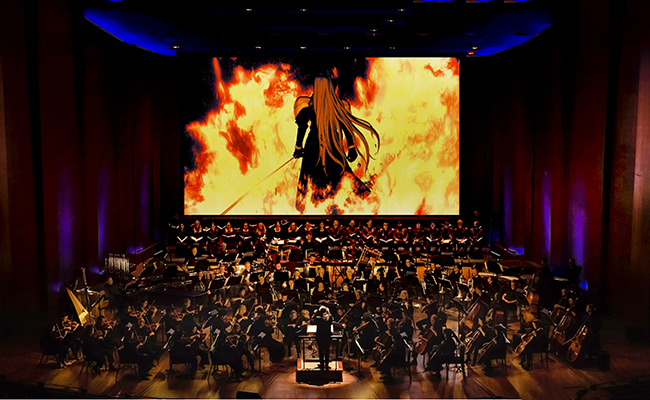 MJR Presents is proud to announce the eagerly anticipated return of Distant Worlds: Music from FINAL FANTASY to Australia in 2019.

Following on from a sell-out show at Sydney’s ICC Theatre in 2017, Distant Worlds: Music from FINAL FANTASY will make its return appearance down under in August, for a special one-off, show at the Melbourne Arena; marking Distant Worlds premiere performance in Melbourne!

Originally launched in conjunction with the twentieth anniversary of FINAL FANTASY, the brand new, completely revamped live show will feature music from one of the most popular video game series of all time! This concert will include a special tribute to the original FINAL FANTASY VII, featuring special guest Yoko Shimomura, composer of FINAL FANTASY XV, in attendance.

GRAMMY®-winning conductor Arnie Roth will lead the 100-piece ‘Distant World Philharmonic and Chorus in a breathtaking performance of the beloved music of Nobuo Uematsu, Yoko Shimomura, and others, in front of spectacular HD video direct from game developer SQUARE ENIX.

The multimedia experience, which places stirring screen images, stills and iconic scenes from the FINAL FANTASY series alongside the soaring emotions of a symphony orchestra and chorus is set to be Distant Worlds’ biggest show to date, and will perform just one show in Australia in 2019.

Tickets for ‘Distant Worlds: Music From FINAL FANTASY
go on sale at 10:00 AM on Friday 10 May via Mjrpresents.com