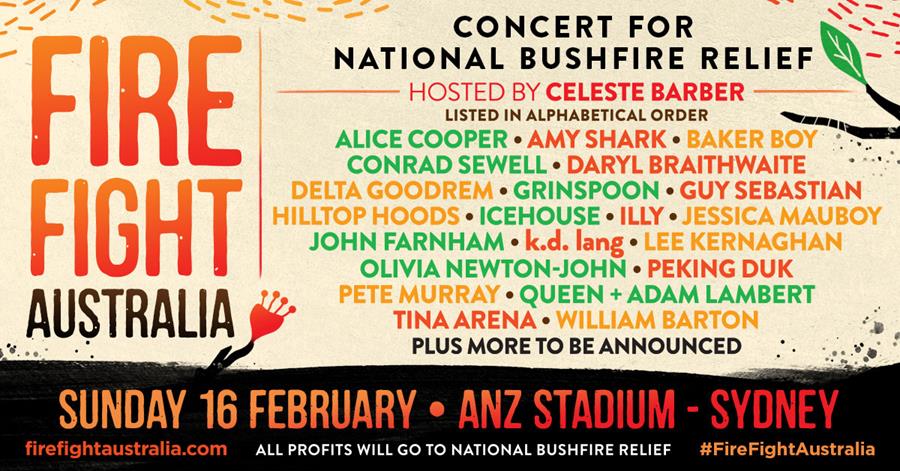 TEG Dainty and TEG Live are proud and humbled to present a spectacular line up of artists to perform at FIRE FIGHT AUSTRALIA onSunday 16 February 2020 to raise money for NATIONAL BUSHFIRE RELIEF.

FIRE FIGHT AUSTRALIA will be hosted by writer, actor and comedian Celeste Barber, who has already raised more than $50 million towards bushfire relief through her own record-breaking online appeal.

Tickets go on sale today at 12pmAEDT via Ticketek