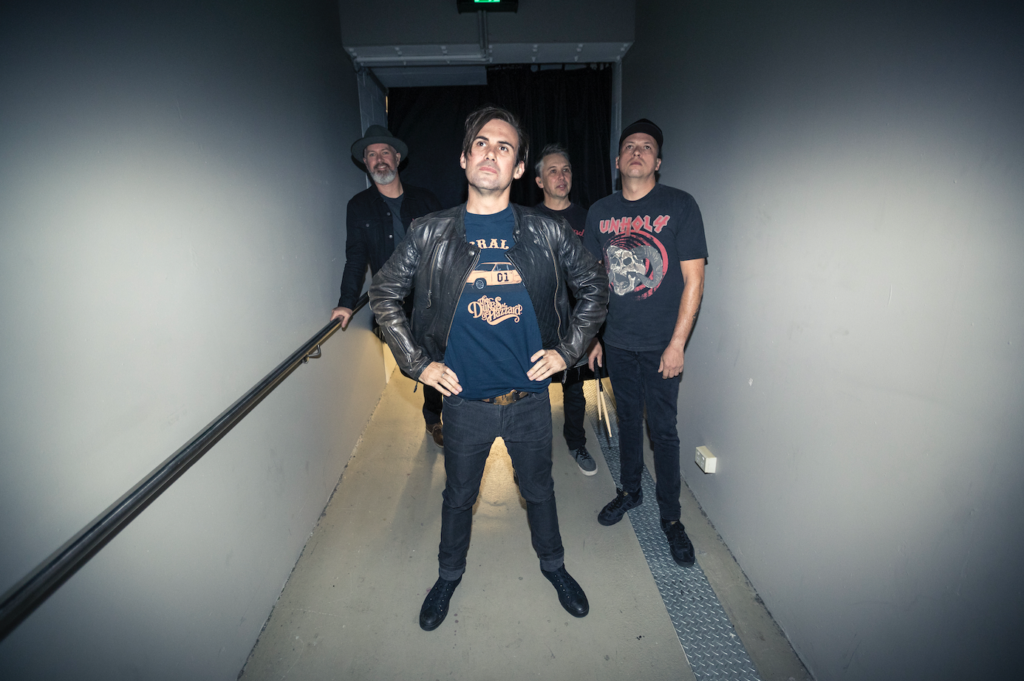 Legendary Aussie rockers Grinspoon have today announced their epic Chemical Hearts national tour, set to make its way around the country in October and November, supported by The Hard Aches, Gooch Palms and Bugs. In celebration of the tour, the band will be releasing a Chemical Hearts vinyl record on the day the tour kicks off, October 11, with a tracklist that will offer fans a nostalgic taste of what’s to come at the shows.

Presale tickets for Grinspoon’s Chemical Hearts national tour will be available via Telstra Plus from 9am (local) Wednesday 5 June, before the general public on sale at 10am (local) Friday 7 June 2019 from www.grinspoon.com.au.

In 1997, the youthful Grinspoon uploaded the track Sickfest to triple j Unearthed, not knowing the life-changing success that was to come. With Sickfest, Grinspoon won Unearthed’s national band comp in its first year – and for the next two months the track was the stations’ most request song. What followed was an illustrious career, with seven albums, Top Ten ARIA chart spots, ARIA Awards, 13 ARIA nominations, more than 1,000 gigs, tens of thousands of frequent flyer miles, 7 appearances at the Big Day Out as well as slots at Homebake, Falls Festival, Splendour In The Grass, an NRLGrand Final and a Commonwealth Games Closing Ceremony in Melbourne. Despite these massive achievements, Grinspoon don’t have plans to wrap things up any time soon.

The Chemical Hearts tour will be packed with hits and audience faves from the band’s festival performances over the years, but will also pay homage to their discography after the record that thrust them into the spotlight, Guide To Better Living. The tour will kick off in Fremantle on October 11 at Metropolis, then move through Perth, Melbourne, Canberra, Hobart, Adelaide, Wollongong, Newcastle, Sydney, Gold Coast, and wrap up in Brisbane on November 8 at The Fortitude Music Hall.

The accompanying vinyl record, Chemical Hearts, will contain some of the band’s favourite singles and a taste of the setlist from the tour.

“It is with great delight that we announce a cute little sojourn around the country with Grinspoonvisiting (hopefully) all of you! We are going to be doing a little thing called Chemical Hearts. The tour comes with the crazy new vinyl record which features (arguably) some of our favourites on wax,” says lead vocalist Phil Jamieson.

“Joining us are absolute legends of the game The Hard Aches, Gooch Palms and Bugs. These concerts will have a very exciting atmos due to the individual scintillating performances by these amazing acts. We’re super excited to be doing this tour. We don’t get out much anymore and our last one focused primarily on our first record and this one will take a more broad approach to the little nuggets of songs that came between 1995 and 2013. Sooooooo…. long story short.

And if the 2017 20thAnniversary Guide To Better Living tour is anything to go by, tickets will disappear fast.

Tickets go on sale at 10.00am (local) Friday 7 June from www.grinspoon.com.au, with the exclusive 48-hour Telstra Plus presale running from 9.00am (local) Wednesday 5 June

The Chemical Hearts vinyl record will be available October 11

Grinspoon is Phil Jamieson on vocals, Pat Davern on guitar, Joe Hansen on bass and Kristian Hopes on drums.