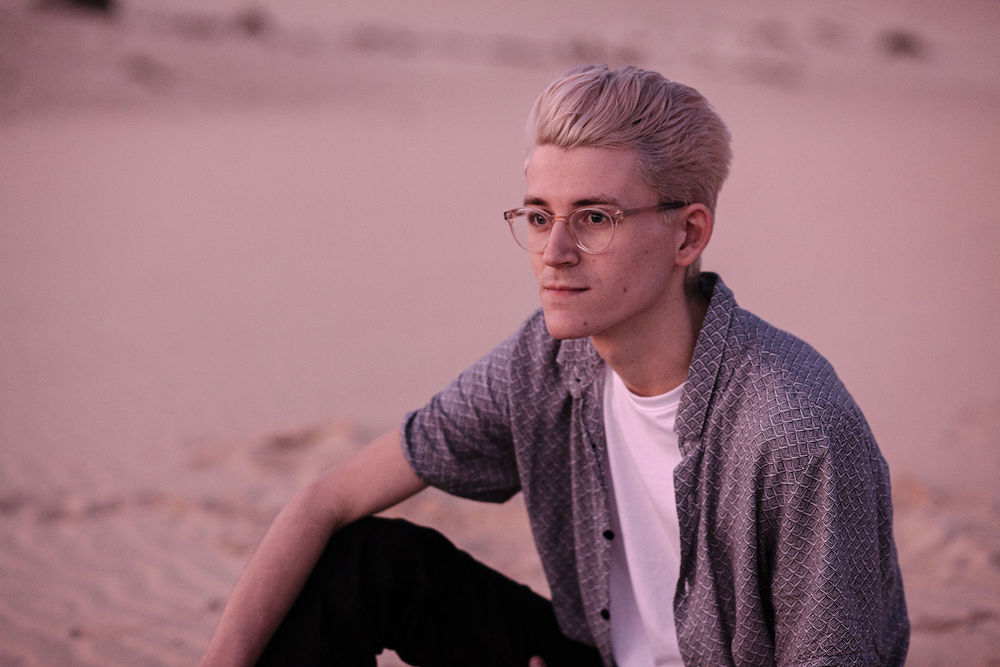 Bristol-based producer Henry Green has updated details for the release of his new album ‘Half Light’, which is now due July 3rd via Akira Records. Today Henry is sharing his new single “Tide“, which features London-based vocalist Andreya Triana, who has previously collaborated with the likes of Flying Lotus, Bonobo and Mr. Scruff.

Speaking about the new track, Henry said “I feel so fortunate to have collaborated with Andreya on ‘Tide’. As soon as the initial outline of the instrumental was formed, Andreya was the only voice I could hear. She got the train down to mine, we ate a lot of pizza and she was constantly tormented by my little puppy. Loveliest person, and an unbelievably talented vocalist and songwriter.”

Andreya added “‘Tide’ came about over two writing sessions working with Henry in his studio in the countryside. It was such an incredible experience to create and is about the discourse within relationships but the rhythms that we find together.”

“Call all the words out of me.” (taken from “All”). The first lyric written for Henry Green’s second studio album was a plea, scrawled in semi-desperation while wracked with acute writer’s block. Today the line has taken on a far sweeter significance, immortalising the precise moment that Green’s muse was reawakened, paving the way for his new album ‘Half Light’.

In some respects, Green was justified in being intimidated by the weight of expectation. Following the successes of his EPs Slow (2015) and Real (2017), and his debut album Shift (2018), he’s racked up over 90 million collective streams across DSPs, and has won the respect of his peers, including former tour-mates London Grammar and Nick Mulvey, and recent remixers Cyril Hahn and Harvey Causon. And yet, their faith is ultimately repaid with ‘Half Light’, a record that finds Green harnessing that initial crisis of confidence to create music that’s both emotionally honest and breaks new ground.

“A lot of the songs are about that struggle to express,” he explains. “Coming into the record I wanted to make something that was a separation from myself, and didn’t feel like such a window into my feelings. But because of my feelings throughout the process I think these are the most honest songs I’ve ever written.”

While tonally intimate, many of the arrangements on ‘Half Light’ are more expansive than anything Green has attempted previously. “I’m always trying to counteract live instruments with something completely synthetic,” Green says of the process. “I like the idea of having something recognisable at the heart of a track, and then everything around it can be ear candy, mangled or manipulated. But at the heart of every track there needs to be something that the listener can identify with.”

Named after the Japanese idiom which describes the calm before a momentous event, “Yoyuu” blossoms out of transcendent strings and reflects the space of Green’s new, bucolic surroundings. Meanwhile, the fluttering percussion and shimmering synth textures of cinematic lead single “Realign” brings to mind the work of Christian Löffler or Bonobo, both of whom remain key influences in terms of production, alongside long-time vocal reference points RY X and Mike Milosh of Rhye.

For “Tide”, Green secured a guest turn from another one of his singing heroes, Bonobo and Flying Lotus-collaborator Andreya Triana, while “Idle” features Canadian artist Ghostly Kisses, his label mate at Akira. Alongside strings and a saxophone player, these were the only outside contributors, bar mixing engineer Tristan Hoogland.