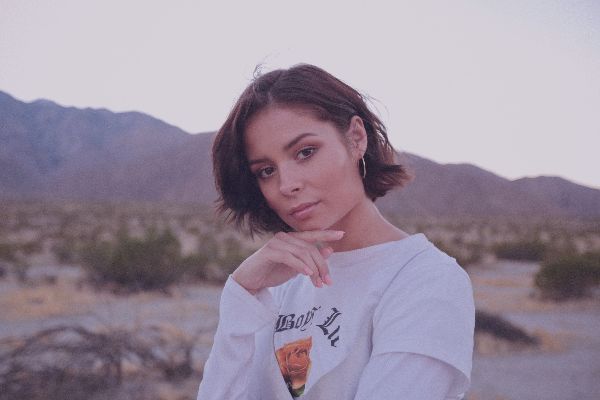 aking waves across the globe with recent singles ‘The Best You Had’ and ‘Loyal To Me’, streaming sensation NINA NESBITT has today announced a national headline tour of Australia in support of her brand-new album “The Sun Will Come Up, The Seasons Will Change” – out now on Cooking Vinyl. The UK Pop starlet will begin her tour at Sydney’s Metro Theatre on May 28 before heading to Melbourne and Brisbane on May 29 and 30, respectively.

Tickets for all shows go on sale at 12pm Monday, February 11.

My Live Nation members can secure tickets first during the exclusive pre-sale beginning 11am today – Friday, February 8 until 11am Monday, February 11.

The Nina Nesbitt of 2018 is not the Nina of 2013. The new album has been three years in the making and bears no hint of compromise as she demonstrates her unique talent for acute lyrical observations and ear-worm melodies. Heralding a musical change of direction with more obvious pop influences, the album is a scintillating journey through a whole range of genres and moods.

“This is the album I always wanted to make on my own terms. It’s an honest account of somebody in their early ‘20s, giving a real window into their often-ever-changing life,” Nina says.

Imagined within the four walls of her Fulham (London) bedroom, Nina would arrive home after studio sessions with other musicians and continue writing for herself late into the night. “At that time, I was a songwriter for other artists, and I missed writing autobiographical songs, alone, for myself,” she says. The results speak for themselves. Billboard magazine exclaimed it to be, “an iridescent work of pop mastery, showcasing Nesbitt’s proficiency as a songwriter, vocalist and producer,” and The Independent stating that, “Nesbitt offers blunt songwriting in a genre that far too often deals in vague clichés.”

Released on Cooking Vinyl, the new album has been a long-time in the making and comes loaded with highly acclaimed singles such as the latest single ‘Colder’, produced by Fraser T Smith (Adele/Stormzy/Drake/Florence & the Machine). Her first single ‘The Best You Had’ has accumulated 47 million streams and 2.2 million plays on YouTube – with Taylor Swift even adding the song to her “favourite songs” iTunes playlist upon its release.

Having grown-up in a small village just outside Edinburgh, Nina Nesbitt enjoyed a whirlwind of success with the “Peroxide” album, but she was soon ready to move on. An organic evolution, her 2016 track ‘Chewing Gum’ was the sound of her breaking out of her comfort zone and fully indulging her love of pop. Her desire to challenge herself continued with the low-key “Life in Colour” EP which found Nina writing emotional and sometimes dark stories that were inspired by experiences which fans had sent to her. Still only 24-years-old, Nina Nesbitt has found a way to make it work for her in an industry that often doesn’t give you the time to settle into the artist you want to be.

Having toured extensively across the UK, USA and Europe with artists such as Jake Bugg, Ed Sheeran, Rudimental and Lewis Capaldi,Nina has become an accomplished performer with an ability to court fans from all over, including celebrity A-listers Chloë Grace Moretz and Taylor Swift. Now, it’s Australia’s turn to witness the next big thing in British pop music with three headline shows that are bound to impress.

“She has quickly become recognizable for her magnetic sound, which blends pop and RnB.”
– PAPER Magazine

THE TRIFFID, BRISBANE
THURSDAY MAY 30