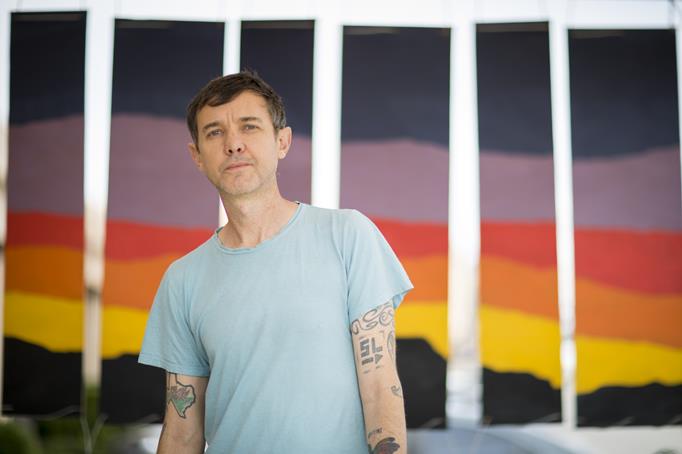 Sparta, the band featuring Jim Ward, released their long-awaited new album Trust The River via Dine Alone Records in April. Today, Sparta is excited to announce an online album release show to celebrate in the wake up their tour postponement. Sparta will do three separate shows to accommodate all time zones using the hashtag #11hourworldtour. Dates, times, and ticketing can be found below for Australia.

Sparta’s Jim Ward had this to say about the shows: “I’m excited to play these songs in this format for everyone. We’ve been trying to find a way to connect and celebrate and thank everyone for their overwhelming support on the release of this record while staying safe, and this seems like the ideal space and moment. Me and at least one guitar, playing three shows to cover as many time zones as I can in one day. In my mind I’ll be picturing all these cities I miss being in and all those faces I look forward to seeing again. We’ll record these shows and send a link to each ticket buyer to get a mixed/mastered version of the songs I play- grab a drink and come hang out and sing along. I miss you all!”

ACCLAIM FOR TRUST THE RIVER:

“That quick progressions from writing to recording gives “Miracle” an immediate, raw feel. Driving drums and bass provide a fresh feeling of relief in the face of hardship, as Ward sings, “You asked me to wait/ Sometimes miracles come late.” There’s clearly torment in that plea for patience, but with the propellant instrumentation, there is also hope.” CONSEQUENCE OF SOUND

“Miracle” delivers that raw sound as if the band wrote and recorded it right then and there.” MXDWN

“”Miracle” will inspire you to live in the present.” SPIN

“This one almost sounds like a post-hardcore version of War-era U2.” BROOKLYN VEGAN

“Built on swirling riffs and cathartic bursts, the track takes you on a spin letting you vicariously unleash all your inner angst from your system.” AUPIUM