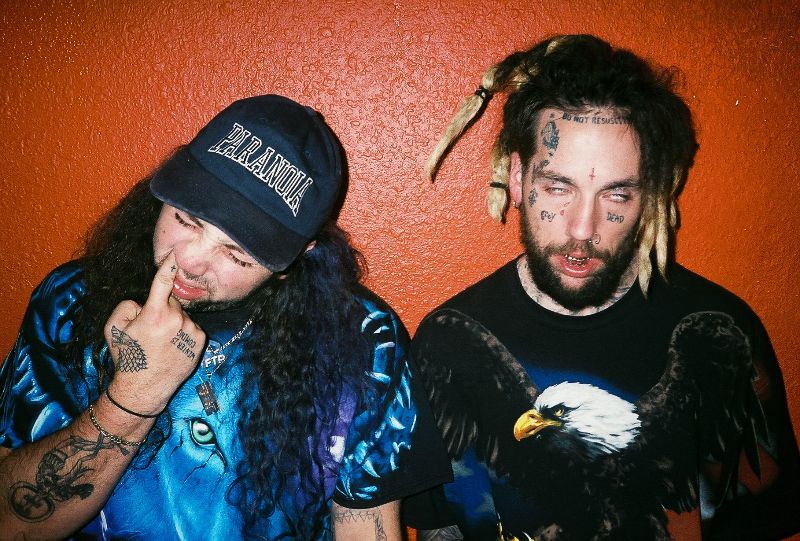 The six-track EP features Barker and nu-metal heavyweight guitarist MUNKY from Korn. The release pays homage to the duo’s roots while exploring new sounds with vocals and production steeped in hardcore and punk elements paired with fast-paced, frenzied percussion by Barker.

Barker is no stranger to the hip-hop world. Having collaborated with rappers Run The Jewels, Ghostmane, and Vic Mensa last year, his joint project with $UICIDEBOY$ is set to solidify his place as an innovator across multiple genres. The duo continues to transcend rap genres and cut through the noise while growing a massive devout cult-like following that’s catapulted the group to mainstream recognition through not only the rise of SoundCloud rap but co-signs from mainstream legends Juicy J, Mike D from Beastie Boys, Drake, and Post-Malone.

Proving that they are unmatched in both delivery and sound, the duo graced the cover of SNEEZE Magazine’s latest sold out Spring issue and earned nods from XXL, HOT NEW HIP HOP, REVOLVER MAG, etc.