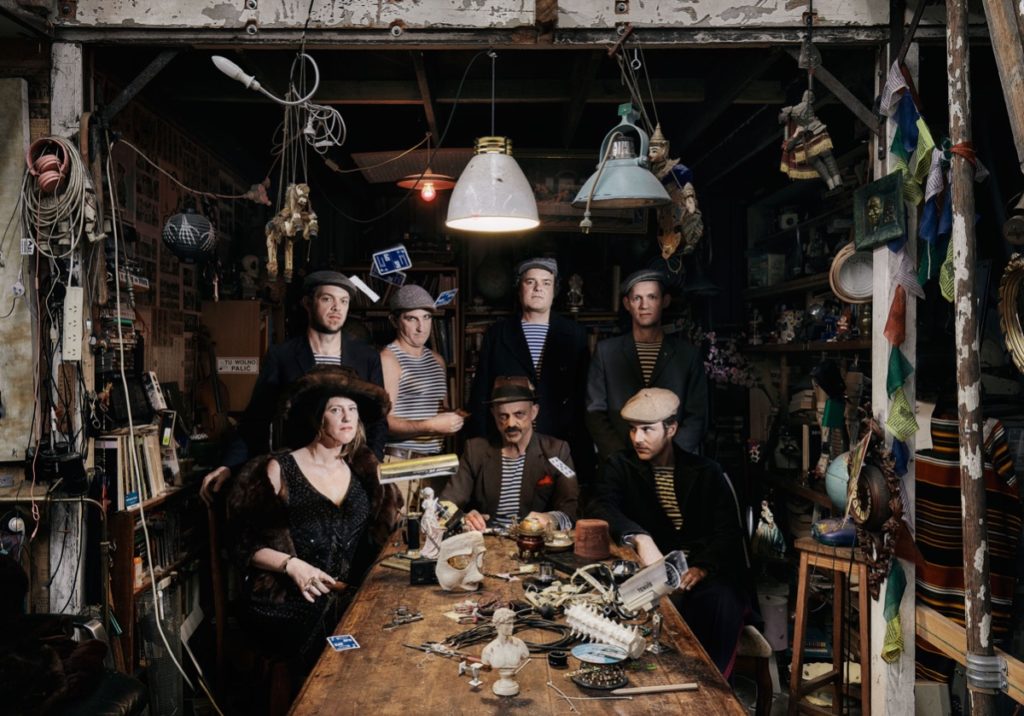 ‘I Remember’ is a psychedelic Soviet prison ode to the memory of dear mama, who always warned them not to hang out with thieves. It’s big, bad, brass band sounds with grit, grunt and rowdy swashbuckling vocal vibes to boot. The song also features heavily in the soundtrack of new anarchic Australian movie Judy & Punch, which just premiered at the Sundance Film Festival.

The accompanying video clip produced by Sam Hoffmann and Dmitry Likane and directed by Sam Hoffmann, has been put together with equal parts crime, constructivism, and clowning, starring Polish-Australian legend of stage and screen and VulgarGrad frontman Jacek Koman and actor Adam Pierzchalski.

The Odessa Job will be the band’s first full-length release in 10 years, and they will be officially launching this first single at the Northcote Social Club in Melbourne on Friday 8th February, with support from instrumental three-piece Sludge Party. Following the release of the album, VulgarGrad will also play the Baroque Room in Katoomba on Friday 5th April, the Camelot Lounge in Marrickville on Saturday 6th April and Sunday 7th April and The Corner Hotel on Friday 26th April.

VulgarGrad arose in Melbourne in late 2004 out of a collaboration between some of Australia’s best musicians in underground ethnic styles. Since that time they have been stalwarts of Australia’s live music and festival scene and amassed an incredibly dedicated fanbase, proving that what Australian audiences really seem to need is a wild night of old-fashioned Russian criminality. After all, if Russia and Australia have anything in common, it’s convicts. VulgarGrad delivers music with style, raucous menace, stripy shirts and a smattering of grim smiles.

Jacek Koman (whose acting credits include Children of Men, Moulin Rouge, Romulus My Father, Australia and most recently Tidelands, Jack Irish, Rake and Mustangs FC) is the genial but vengeful lead singer who roars with the voice of a man betrayed, and he is backed by a gang of Australia’s most illustrious ex-cons drawn from bands such as The Blue Grassy Knoll, Zulya and the Children of the Underground, Croque Monsieur, Bombay Royale, and The Puta Madre Brothers. The line-up is guitar, drums, trombone, trumpet, accordion, and watch out for the largest, most triangular instrument of them all, the mighty contrabass balalaika.

Koman has been just been released from penal servitude in the chilly film and TV studios of Warsaw, but only on a temporary basis. VulgarGrad are only likely to have a handful of Australian shows in 2019, so make sure you catch them before they get away…