The Blackeyed Susans have built a reputation for their moody romanticism and op-shop stylings. Declared national treasures by Rolling Stone magazine, they have toured the world, played with the likes of Johnny Cash and Leonard Cohen and released numerous albums of occasional beauty including a retrospective box set entitled ‘Reveal Yourself’ in 2009 charting the band’s illustrious history. Boasting members of The Cruel Sea, Dirty Three, The Triffids, The Jackson Code, Augie March, The Drones and Hungry Ghosts, the group’s credits read like a who’s who of Australian alternative music.

1. Here’s to the few who forgive what you do

And the fewer who don’t even care

(The Night Comes On)

2. Give me crack and careless sex

Take the only tree that’s left

And stuff it up the hole in your culture

3. So we’re dancing close, the band is playing Stardust

Balloons and paper streamers, they’re floating down on us

She says, you’ve got a minute left to fall in love

In solemn moments such as this I have put my trust

And all my faith to see her naked body

4. Ring the bells that still can ring

There is a crack in everything

That’s how the light gets in

5. I knelt there at the delta, the alpha and omega

And the blessings came from heaven

I was cured and my heart was at ease

(Light as the Breeze) 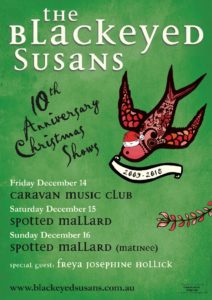