Caroline Australia artists Denzel Curry, Clairo and Masego have this morning announced details of their Laneway Festival sideshows this January and February in Sydney and Melbourne. Tickets for all shows will go on sale this Friday 2nd November at 10AM Local Time. 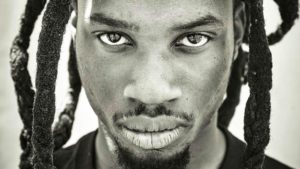 TA13OO is the first longform statement from Denzel since his 2016 album Imperial, which landed him on the XXL Freshman cover and helped set the template for the South Florida sound that has exploded in the last few years.

Across the three sections of TA13OO, Denzel explores topics including the presidential election, fame, hatred, paranoia, molestation, revenge, love, the current state of music and personal tales of his own near death experiences. Sonically, the album ranges just as widely as its subject matter, sounds of paranoia, fear of loss, brooding melancholy and mood swings straight from hell all find their way onto TA13OO, making this Denzel’s most ground breaking musical performance to date

Denzel Curry last performed in Australia in 2016, playing to wild, sold out crowds in Sydney and Melbourne. 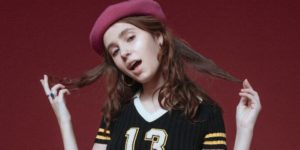 Lauded by the likes of The New York Times, Pitchfork, Paper Mag and Complex, Clairo, aka 19-year-old Claire Cottrill, is one of the most talked about and enigmatic pop artists to emerge in 2018.

Since uploading her viral breakout track, ‘Pretty Girl‘ – which she recorded on her webcam in her childhood bedroom – to YouTube in 2017, Clairo has evolved from bedroom pop master to breakthrough star in a matter of months. With debut EP ‘diary 001’ released earlier this year via the FADER Label / Caroline Australia, Clairo has stepped onto the global stage as a noteworthy figure in a new generation of indie pop.

She’s been described as “entrancing” and praised for her “innate knack for complex emotions rendered so casually as to be destabilising”.

She has amassed a staggering 100 million+ streams globally and 38 million+ YouTube views, opened forTyler, The Creator, Dua Lipa, and Brockhampton, and contributed a song to US feature film Skate Kitchen. With current single ‘4EVER’ embraced by tastemakers everywhere and at high rotation on triple j, Clairo’s debut Australian shows are sure to be dreamy. 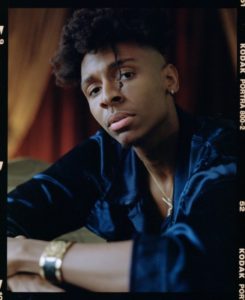 Genre-defiant singer, songwriter, producer & saxophonist Masego is a singular talent and surprising presence in the musical fabric right now. He cites the 1930s Harlem big band leader and singer Cab Calloway as a guiding spirit, was mentored by DJ Jazzy Jeff, and puts an unabashedly sultry-smooth spin on the R&B, hip hop and dance music that he and his contemporaries like Chance The Rapper, SZA, Goldlink and Smino are making.

2018 is proving to be Masego’s break-out year.  ‘Lady Lady,’ Masego’s debut album released in September via EQT / Caroline Australia, debuted on the Billboard charts last week at #4 on the TopNew Artist Albums Consumption, #13 on the R&B Album Sales, #22 on the Heartseekers Albums, and #40 on the Top R&B/ Hip Hop Album Sales, an impressive feat for his first full length release.  ‘Lady Lady‘ is the culmination of years of hard work, crossing the globe multiple times, and refining his distinctive craft.

Don’t miss the multi-talented Masego perform with his live band in Australia in 2019.