The Peppermint Club’s debut album is a masterwork of pastel-hued pop. Heartfelt and dreamy, each song is an intricately constructed soundscape – threading lush, airy vocals through a textured fabric of ethereal, neo-psychedelic rock. From its uplifting opener All Together On The Sun, through to its stunning Harrison-esque finale and current single Passing Through Your World, the album is as much a journey as it is a collection of songs.

Formed in Perth by Chris Chen (ex-Rainy Day Women) The Peppermint Club has evolved from an aspiring studio project into a formidable band. Their first single Everything Is Changing was awash in breezy vocal harmonies and a genuine, almost-nostalgic emotion. In an instant, The Peppermint Club established themselves as something far beyond a typical new band, picking up national airplay while creating one of the most ambitious debut albums of recent years.

Produced by Chris Chen and accomplished multi-instrumentalist Daniel Henry, the album is meticulously put together. Each song is not just a passing moment but a foundational brick in the greatness of the album; powerful on its own, yet inherently linked to the record as a whole. There are gentle ups and downs, but an overall steadiness and confidence that bears the unmistakable mark of sincerity. These songs have clearly come from someone’s soul.

Enlisting some of the city’s best upcoming players (Sky Eaton, Thomas Allison and Cain Munns) Chen has put together a band as capable on stage as they are in the studio. In turn, the band have brought his sophisticated musical vision to life – from composition to execution, everything has come together the way it was supposed to.

Scratching your neo-Beatles, psychedelic soul itch with a just hint of digital-age shimmer, The Peppermint Club will no doubt appeal to fans of Connan Mockasin, Mild High Club and the Tame Impala diaspora, but all that remains for now is to set their own album out into the world, then follow wherever it leads.

New single Passing Through Your World out now 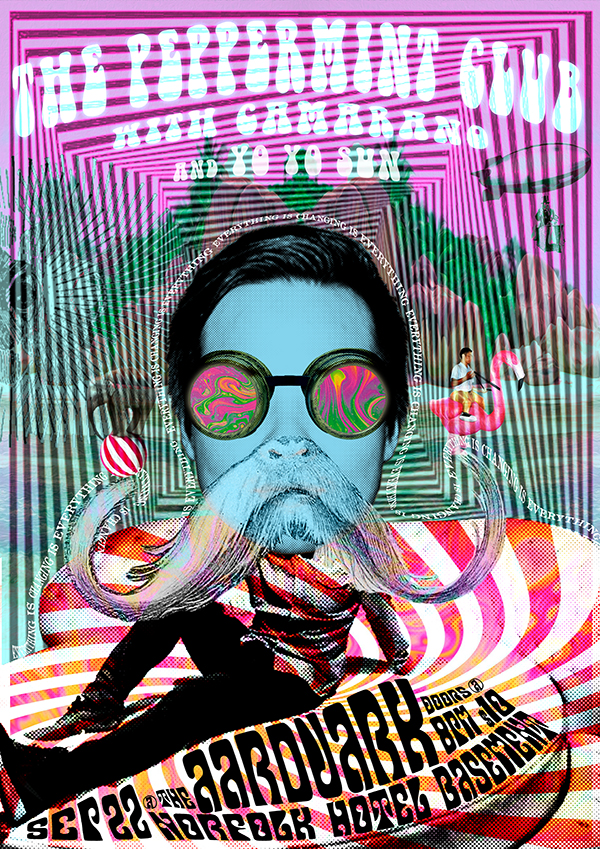