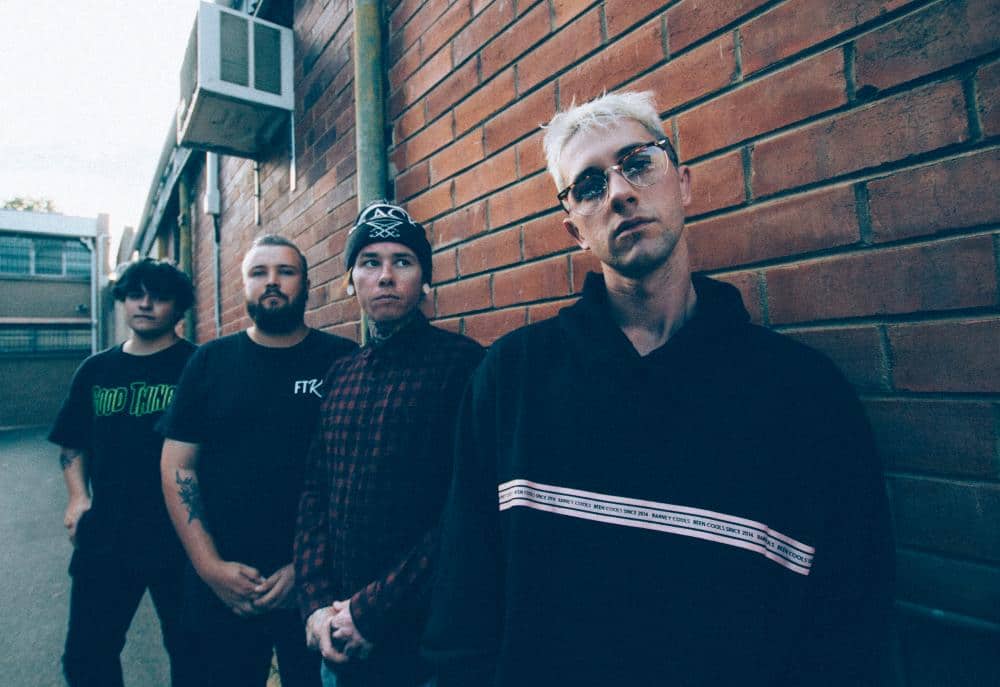 Rumours is Jackson Bentley (Vocals) Harry Coote (Guitar) Reece Philpot (drums) and Benjamin Canham (guitar). The band formed in Wagga Wagga in 2016 and has since released their debut EP ‘Lost Together’ and toured extensively throughout Australia winning over their audiences. Rumours has played shows alongside heavyweight Australian acts including Northlane, In Hearts Wake, Dream on Dreamer, Polaris and Make Them Suffer as well as playing support to international acts to the likes of The Plot In You.

Melbourne based rock/metal group Rumours has dropped their first musical offering, “Paralysed”, since their debut EP ‘Lost Together’ in 2017.

The first bands we ever saw live by Rumours

Jackson:
My first ever concert was one of my guilty pleasures, ‘Simple Plan’ at Rod Laver Arena when I was around 12. The band that stood out to me on the night though was homegrown rockers Kisschasy. I can remember seeing those guys as support, they were absolutely plastered but their performance was amazing! I remember going home and playing my brothers piece-of-shit red guitar and pretending I was the lead singer for Kisschasy in my bedroom haha.

Reece:
First band I saw live that left a mark was Bring Me The Horizon! They got me into heavy music and their drummer is one of the reasons I started playing.

Ben:
The first band I saw live was Thy Art Is Murder, and they as a band have had a heavy influence on me as a musician. That band pushed me to pursue music in general and reminded me not to give up on those childhood aspirations.

Harry:
The first band I saw live was Green Day. Green Day’s American Idiot was the first CD I ever owned. They were supported by JET and the atmosphere they created ultimately inspired me to want to create that same experience through my own music.