Alex Arpino has had a rich history in Perth music, with a decade fronting indie pop purveyors The Autumn Isles behind him, he now sets out on a solo escapade with his debut self-tilted record. Alex Arpino is the sum total of his musical experience to date, a love letter to his youth and a bold introduction to his artistry.    We asked Alex what his Top Five Childhood experiences were, growing up in Perth

Top 5 Perth Places/Experiences from my childhood with Alex Arpino

1. Pizza Showtime– I think I was 4 or 5 when my Dad took me there, the memory is vague and the place didn’t last long, so much so I thought it was a dream up until I found some evidence of it online a few years ago. It was basically a pizza place in the CBD with table top arcade machines built into the booths, with robotic animals singing songs from a big stage that looked like the intro to the Muppets! Enough said!! 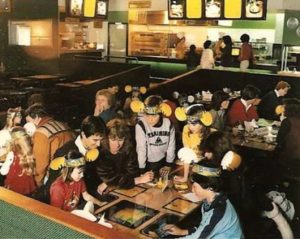 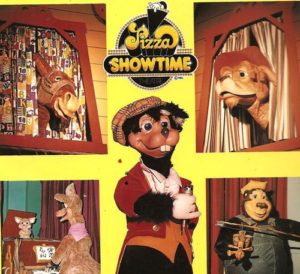 2. Perth Entertainment Centre: This is an obvious choice but boy did it mesmerize me as a kid. My school mates father was a manager there so we got to hang out and go to concerts and basketball games. My first concert experience was Johnny Diesel and the Injectors, they were quite big at the time, it was in 89 I believe. The list of bands that went through that place over its life time is incredible.

3. Michael Jackson’s appearance on Telethon: 1985, Michael Jackson appeared on Telethon! The story is it was wrangled during negotiations to buy the Beatles catalogue from Robert Holmes à Court, who owned channel 7 at the time. I believe there were contractual requirements that shrouded the whole thing in secrecy outside of Perth, so it was a Perth secret for years, or so I’m told.

4. Atlantis: It may be hard to believe but Perth once had its own Sea World equivalent, Atlantis, with distressed marine mammals in captivity to boot. Situated about an hour and a half north of Perth, it was a popular destination for families. Not that I would condone such exploitation today but it was a pretty amazing place as a kid. There was a giant Neptune statue that is still standing today, it’s been used by countless bands for photo shoots, myself included! Atlantis met it’s demise in 1990. 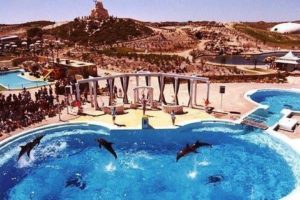 5. Cinema City: Perth CBD was always enchanting to me as a kid, but a stand out was Cinema City, the biggest cinema complex in town. It was a regular destination to watch all that late 80’s -90’s cinema had to offer. It was also a regular haunt for local graffiti writers/b-boys/girls to hang out, so it was a great place to people watch and meet some of the local hip hop celebs. Cinema City was demolished in 2007. 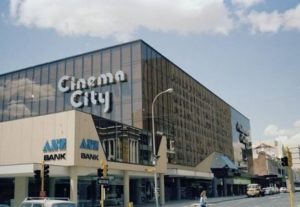 Honourable mention: Observation City: The only place on my list that still exists, now called Rendezvous, (one of the last monuments from the Alan Bond empire) the only high rise hotel on the coast at Scarborough Beach in 87. As a kid it was a pretty impressive place, and the cherry on the top was literally that, a restaurant that specialised in Ice Cream Sundaes, with names like Sticky Chewy Chocolate, Earthquaker, and bubble gum flavored ice cream (with actual gum balls in it), Swensen’s was a serious place as a kid. I’ve seen the chain of restaurants on my travels overseas but sadly it is no longer in Perth. 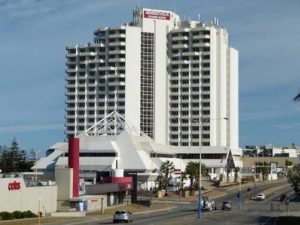