OUT NOW VIA ISLAND RECORDS AUSTRALIA

Directed by multi-award winner and ARIA nominee Lachlan Dickie, whose back catalogue of work includes music videos for Miami Horror, Midnight Juggernauts and Jet, the video is a carefree tale proving opposites do attract. Imagination and mischief run wild on an outing to the streets between a charismatic dreamer and his relaxed, book-loving friend. The video beautifully encapsulates the feeling of youth, making it the perfect visual partner to an already electrifying tune and the emotions brought to life by vocals from Brisbane’s The Kite String Tangle.

Bag Raiders say of the video: “We were really interested in the story to this one, by the amazing director Lachlan Dickie. We like how the video captures a more rural Australian setting and the ideas of friendship between the two main characters. We hope you like it as much as we do!”

“Lightning”, premiered by triple j Good Nights, was first conceived (fittingly) during an electrical storm. The track is bursting with the euphoric, dancefloor-ready production they’ve built their name on, complete with more levels of emotion than ever before, perfectly bridging the sound of Bag Raiders old and new.

Already receiving over 400,000 streams on Spotify and support from triple j, Apple Music, Amazon Music, Music Junkee and more, the tune is the first to be taken from the duo’s forthcoming second album that has been almost a decade in the making. Horizons, due out later this year, documents the journey the production dream team have been on since the release of their ARIA-nominated, self-titled debut in 2010. From club stardom to world tours and festival slots, the pair have built a reputation for mammoth dance releases that keep the world moving with them. Outside of their multi-platinum, global hit “Shooting Stars”, they’ve also released the widely-loved “Way Back Home” & gold-certified “Sunlight”, a string of EPs as well as remixes for the likes of Riton, Totally Enormous Extinct Dinosaurs, Crooked Colours and Banks.

Conceived, written and recorded all over the globe, Horizons serves as a digital collage of more than five years of life, inspiration and experience. It’s an album with a lot of history but, most importantly, a lot to look forward to. With Horizons, a legendary pair of artists are stepping into a new era and “Lightning” is the unshakable first hit of their evolution. Now with a fresh visual to amplify the track’s vibrant offerings, Bag Raiders are off to a roaring start in 2019 and won’t be slowing down any time soon. 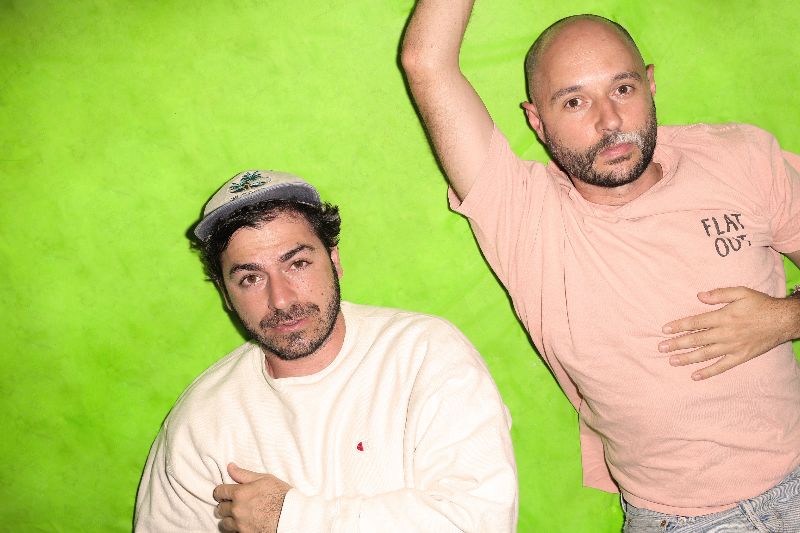