Featuring progressive bands of all styles and genres, from prog, post, psychedelic, art rock, metal and everything in between, PROGFEST is about showcasing bands that think for themselves; bands who rather than following the latest trends, have decided to challenge themselves musically and create music with depth and vision.
Before Progfest kicks off we caught up with the talented Ben Rechter  discuss his favorite guitars in his collection and his favorite guitarists

Australian alternative progressive rock powerhouse Circles are the next step in the evolution of heavy music. The intricacy, the emotional heartstring pull of the lyrics, the precision, and the sheer force of their output places them in a class of their own. The Melbourne-based, world-class outfit will unleash their highly anticipated new album “The Last One” worldwide on August 31st 2018 through Wild Thing Records (AUS), and Season of Mist (EU/USA). 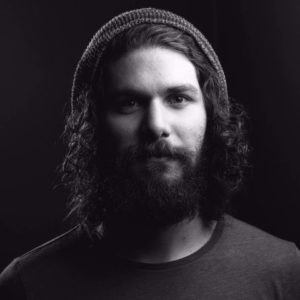 1: ’89 MIJ Fender Stratocaster
Why: This guitar was given to me by my uncle before he passed. He’d been holding on to it for a few years, but didn’t really play, so when I started getting serious about music, he gave it to me one Christmas. Beyond the fact that it’s a fantastic guitar, it’s my reminder of the beautiful and generous person that he was. This is my main guitar that I use for teaching and just noodling at home.
Sound: Sounds exactly like you’d expect a Strat to sound! I almost always keep it on the neck position, it’s essentially the signature neck single sound that pretty much every guitarist knows.

2: Fender Telecaster American Standard
Why: I bought this from a friend that I used to work with, he owned it for a couple of years but didn’t really like Fender’s, so when the time was right, I convinced him to part with it. I already had a Tele, but at the time, I’d just joined Circles and that was to become my Drop B guitar. This is my main E Standard/Drop D guitar these days (outside the house, at least.)
Sound: It has a Seymour Duncan Little 59 in the bridge, which is absolutely kickass. It’s full without getting too thick, bright but not shrill, hot but not quite a metal pickup. The neck pickup is a Twisted Tele, which is pretty much a Tele trying to be a Strat. If I could get a version of this guitar in a baritone, I’d be a happy guy.

3: Paul Reed Smith 277 Baritone
Why: After playing a Tele in Circles for about 6 months, I decided I wanted something longer, so that I could smack it the way I wanted to without it going sharp or having ridiculous strings on it. I’ve always loved PRS guitars ( still dream of a Private Stock) and I trust them, so I grabbed their baritone, and haven’t looked back. It sounds great, can withstand being beaten, and is just a solid, well made, and relatively cheap guitar.
Sound: The stock pickups in this aren’t too bad. Bit of grunt, but not limited to being heavy. They could use a little more definition, which is why I’l probably swap out the bridge at some point, butit’s gotten through well enough for the past 2 years. I put an SD Quarter Pound in the neck position, because I love singles for clean, and it hasn’t disappointed. It’s pretty loud for a single, a bit darker, which I chose to try to match the bridge, and it’s doing well.

4: MIM Fender Nashville Telecaster
Why: I wasn’t feeling the love with my previous guitar (Fernandes Dragonfly, great guitar, but not right for me), and decided to venture into Fender territory, which until that point, I didn’t think I would. It ended up being my number one for about 5 years in my old band Glass Empire, and then at the beginning of my time in Circles. For now, it’s my Drop B guitar for home.
Sound: There’s a Dimarzio Super Distortion T in the bridge, a Texas Special Strat in the middle, and a Twisted Tele in the neck, so it covers a fair bit of ground. The Dimarzio is probably a bit too compressed and dirty for me these days, but I used to be all about it. It’s still a great, versatile guitar.

5: Warwick Corvette $$
Why: I was playing bass in a funk/soul band in my late teens, and wanted something a bit more pro then what I had. This popped up 2nd hand from Bass Centre, and jumped on it. Although I haven’t played bass in a band for close to 10 years now (besides a one off Mark Tom & Travis Show set!), I still play it heaps at home and in lessons.
Sounds: Pretty much whatever you want! It has 2 hum buckers (hence $$), each of which can be configured to be parallel, series or split. So it can get the Stingray grind pretty well, then switch to smooth Jazz bass kind of vibes.

Mateus Asato
This guy just has such an incredible ear for melody. Although the guy can probably outplay most people I can think of, his virtuosity never gets in the way of his musicality. He makes it all look effortless, too.

Drew Goddard & Mark Hosking (Karnivool)
What i love about these guys isn’t their technical ability or shred speed, but how they are all about creating texture within a song, quite often stepping back and suggesting interesting atmospheres for the other instruments (or when necessary, the other guitarist) to express ideas over.

Chris Cheney
Not only can he shred with the best of them, but he’s one of the most interesting songwriters I’ve ever come across, at least from a musical standpoint. His playing taught me heaps about melding different keys together in creative yet smooth ways, and then melting faces over the top in a classy way.

John Mayer
Like Cheney, Mayer taught me a lot about keeping guitar interesting while writing good songs, although in a different way. A lot of his songs are easy to listen to, but it’s all the hidden layers and little fills in between vocals that make it so damn good.

Matt Bellamy
All about the riffs! Origin Of Symmetry, Absolution, and Black Holes & Revelations are still some of my favourite albums, with some of my favourite riffs on them. He ventures just far enough into Tom Morello territory with his leads to catch the ear (check out the solo for Invincible) without alienating casual listeners, and whilst still serving the song.